To share your memory on the wall of Merrill Seavey, sign in using one of the following options:

Receive notifications about information and event scheduling for Merrill

We encourage you to share your most beloved memories of Merrill here, so that the family and other loved ones can always see it. You can upload cherished photographs, or share your favorite stories, and can even comment on those shared by others.

Love, Dylan and Jeanne sent flowers to the family of Merrill Leland Seavey Jr.
Show you care by sending flowers

Posted Jun 04, 2020 at 04:43am
Merrill, you are going to be missed beyond words. Gordon, Jess and I grew up with you, Maggie, Sheldon and Gary always being such a huge part of our family. I will be forever great full for the blessing of knowing and loving you. I watched your gardening skills bloom every year and your lawn looking like green carpet. Your green thumb must have touched me, cause I am so at peace while gardening. We know I didn’t get that from either my mom or my dad (lol). Rest in peace, Merrill and see if you and Dad can stay outa trouble! I love you!
Comment Share
Share via:
LJ

Posted Feb 19, 2020 at 09:27am
Merrill and my father Donald were cousins. Merrill's father, Merrill Sr and my father Donald "Duck" Seavey's father, William were brothers. I used to tease Merrill when I saw him about the time my husband Tim and Merrill went scalloping on Christmas Eve day. They were rounding the shoreline heading into the harbor when the engine quit, so with no one around to help, they paddled that big boat into the harbor with a shovel and a broom. RIP Merrill we will miss you. Nancy (Seavey) Butler
Comment Share
Share via:
E

Posted Feb 18, 2020 at 07:54pm
Merrill always had a small on his face. He would tell us stories of him and the Seavey boys growing up. We are thinking of his family at this time and our prays. God Bless
Comment Share
Share via:
HS

Flowers were purchased for the family of Merrill Seavey. Send Flowers 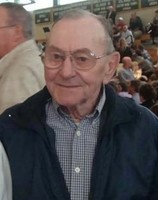 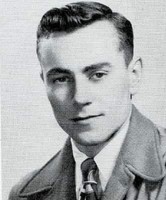