To share your memory on the wall of Robert Raymond, sign in using one of the following options:

Posted Oct 20, 2020 at 03:53am
Thank you fr. Bob for your ministry at Church of Our Father, especially cursillo & the terrific trumpet playing.
Comment Share
Share via:
D

Posted Oct 15, 2020 at 08:47pm
We have wonderful memories of both Fran and Bob. I will always be grateful to Bob for leading the prayers when my Mom passed away. We both send our prayers to Scott, Julie and the family.
Comment Share
Share via: 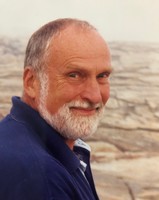