To share your memory on the wall of Robert Patterson, sign in using one of the following options:

Provide comfort for the family of Robert Patterson with a meaningful gesture of sympathy.

Lee graduated from Harvard in 1959, and went on to teach school in both Maryland and Pennsylvania. He founded and ran Denning Travel Camp for boys, taking students on camping and canoeing trips all over the country, including the Yukon and Maine's wilderness. Lee's commitment to environmental concerns motivated much of his approach to life, and his campers benefited greatly from his connection to the natural world, as well as his gift for teaching. His family has always teased that Lee was on "one life-long camping trip".

Lee was also a fervent opera enthusiast, to the degree that he'd often drive overnight to New York, sleep in his car so as to have proximity to The Met, then drive all the way home after the performance.

He taught classes locally on the history of opera, and was closely involved with the Gilbert and Sullivan Society of Hancock County for many years, until immobility challenges kept him at home. His love for opera, and the "comic" operettas of Gilbert and Sullivan, had him singing all over New England, as well as in England at international competitions with the Ellsworth, Maine-based troupe. Lee developed a scholarship fund for singers, and even directed some works by local groups, including Amahl and the Night Visitors.

Lee was very active locally, serving on several boards including Camp Beechcliff, Mount Desert Recycling Committee, the Mount Desert Historical Society, and The Abbe Museum. He will be remembered as a kind, thoughtful voice, with a dignified demeanor and rarely a negative thing to say.

A small family service of remembrance is planned, and a memorial gathering in his honor is scheduled for this summer. Please send gifts in Lee's memory to the Lee Patterson Scholarship Fund for Classical Voice Training, C/o Maine Community Foundation, 245 Main St., Ellsworth, ME 04605.

Posted Jun 08, 2019 at 03:36am
Robert ‘Lee’ Paterson was my science teacher, camping master and friend whilst I was a student at York Country Day School.
He was a true gentleman and set a very high standard for adventure and good behaviour.
I submitted a photo from the inaugural country wide camping trip in 1963 guided by Lee and his assistant George. In the picture from left is Jeff Stone, Jimmy Schadle, Stephen Whiteley, Buddy Zifferer, Lee and in front George and George Cramer. We are at Lookout Mountain in the Great Smokie Mountains. The trip touched on most of the contiguous states and many State and National Park camp grounds. It was an unforgettable adventure for which I will always remember Mister Paterson. He was a lovely human and will be remembered and missed by all who knew him.
Comment Share
Share via:
SS

Posted May 18, 2019 at 01:42pm
Lee was our very nice next door neighbor at Oerwood on Shady Lane in York, PA during the 70s and early 80s. He ran his popular Denning Travel Camp for Boys out of his tiny cottage next to the barn but kids' parents would walk right into our kitchen assuming he must live at our house! When his windows were open, opera would ring out over the estate. Fond memories of the man.
Comment Share
Share via:
KS

Posted May 17, 2019 at 09:48am
I am touched to learn about the passing of this gentle man. Lee participated in early days of planning the MDI Skatepark. I am glad to have known him, if only in this context. But his presence at so many meetings, providing important input that helped our process, was instrumental in our effort. He did his best to attend as many fundraisers as possible. I will remember him as a generous gentle man with a great sense of humor and commitment to community projects for kids and others such as the MDI Skatepark. My condolences to Lee's family - what a great human to have known. Sincerely, Karen Svenson, Bar Harbor
Comment Share
Share via:
GW

Posted May 14, 2019 at 10:43am
Lee touched so many lives and shared so much of his loves: family, Mt. Desert, music, and, of course Maine's, wild areas. Lee attended NRCM's 50th anniversary back in 2009 and joined with the "founders" group, though, like Lee, none of the gentlemen present founded NRCM. Rather, they joined the organization in its earliest days because of founder Bob Patterson and his vision for protecting a rapidly changing state. As a young man, Lee was a frequent guest at NRCM events, and we owe a great deal to the Patterson family. From all of us at NRCM, we wish Lee an eternity of great music and wild rivers. 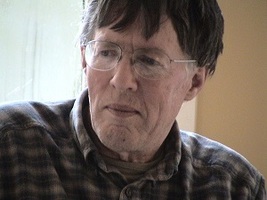 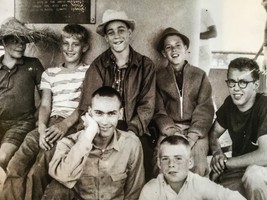