To share your memory on the wall of Priscilla Lane, sign in using one of the following options:

Provide comfort for the family of Priscilla Lane with a meaningful gesture of sympathy.

A position of Assistant Teacher of Physical education at Scripps College and a graduate opportunity at Claremont University sent her to Claremont, CA in 1943. In 1944 her best friend at Boston University Richard Lane became Lieutenant Richard S. Lane. He had just finished the Army Air force Navigation School at San Marcos, Texas. They were married in San Marcos in August 1944. In August 1945 Lieutenant Lane was the navigator of a B25 Bomber that was to clear the skies for the B52 bomber, the Enola Gay, carrying the bomb for Hiroshima. Unfortunately the B25 was lost with all members over Kyushu, Japan.

Following the loss of her husband she accepted a position of teaching physical education which included managing the skiing program at Colby Sawyer College in New London, New Hampshire. After four years there she returned to school at the University of California at Berkeley and completed her MA degree in Physiology in 1950. In 1951 she took a position at The Roscoe B. Jackson Memorial Laboratory and was one of slightly more than 100 employees at that time. The laboratory later became The Jackson Laboratory and the position became that of research associate.

Unable to stay away from teaching, she found that Bar Harbor had had a ski tow on McFarland Hill before the war and with the help of several former Outing Club members the old tow was restored. All during the winter of the 1950's and the early 60's she taught skiing there on weekends to anyone, child or adult, who wanted to enjoy the sport.

She and a college friend, Suzanne Wood, built a house in NEH and she lived there until 1971 when she took her mother to live with her in Seal Harbor.

For several years in NEH she served on the Mt Desert School Committee during the traumatic change from 3 small High Schools to the Island High School.

There were many activities that she enjoyed in and one in particular was spending time with early Sierra Club members and paddling canoes on many of Maine's beautiful rivers. She also traveled with the Appalachian Mountain Club on many of its hiking trips to various countries of the world.

However, she was devoted worker at The Jackson Laboratory and as a Physiologist found that research with the mutant mice was a fascinating career. In her 56 years as a research person she has been an author or cited author on at least 40 scientific publications between 1955 and her retirement in 2007.

She had a very wonderful companion who lived next door and managed many of the daily household tasks, Alan Silverman, who lived with his wife, Mary in Seal Harbor. With this arraignment she was able to remain in her home until 2015 when she started a new chapter in her life by moving into an apartment at Birch Bay Village Retirement Community.

A special thank you to the staff at MDI Hospital, third floor med surgery and ICU, for the wonderful and compassionate care given to her.

Private burial services will take place at a later date.

Memorial donations in memory of Skippy may be made to The Seal Harbor Library, PO Box 135, Seal Harbor, ME 04675.

We encourage you to share your most beloved memories of Priscilla here, so that the family and other loved ones can always see it. You can upload cherished photographs, or share your favorite stories, and can even comment on those shared by others.

Posted Mar 14, 2019 at 06:48am
I was fortunate to meet Skippy early in my career at Jax and cross paths with her often there. She was always happy and easy to talk with. It was always fun to come in on a Monday morning and ask,”So what did you do this weekend?” Oh, taught a bunch of summer students to windsurf, went skiing in Colorado, and other adventures seemed routine for Skippy. She did so much more than many of us will attempt. Goodbye to an incredible woman and a great person.
Comment Share
Share via: 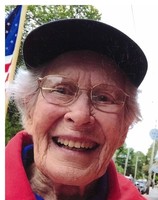 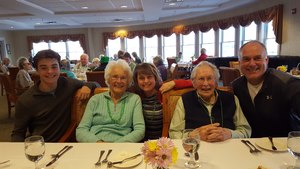 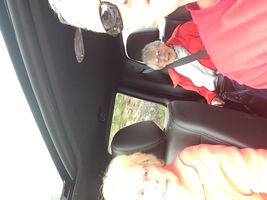 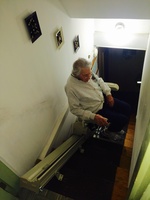