To share your memory on the wall of Mark Campbell, sign in using one of the following options:

Mark spent his childhood in Searsport and graduated from Searsport High School. He then spent the next handful of years pursuing a BA at UMaine, which he successfully (and finally) completed. Following college, Mark tried his hand at many professions, including: Somesville walking cop, Manager of the Pine Tree Market, and bookkeeper at Maine Shellfish.

Mark met his wife, Barbara, and they married in 1983. Two years later, they opened and operated Provisions in Northeast Harbor. His ten years at Provisions were filled with laughter, love, and good food. Following the closing of the store, Mark continued to work as a butcher, this time at Sawyer’s Market and as a bookkeeper at the Northeast Harbor Golf Club. No matter where he worked or what job he had, his favorite part of everyday was sharing time with all of those around him...even if that meant he didn’t always finish the daily to do list.

In his retirement, Mark enjoyed spending time with his friends and family, cooking, playing the piano, model trains, and so much more. He was able to take time to travel and create meaningful memories with his family and friends.

The many memories of Mark are carried on in the hearts and actions of his wife, Barbara; son, Ian; daughter Rebecca and her husband Amr; his sister Marydee Flynn and her children Dianne, Adam, and Heather; and countless friends and family members around the world.

A celebration of his life and good humor will be held when it is safe for all of his loved ones to gather and be close to one another as they remember Mark.

In lieu of flowers, please consider making a donation in his name to Island Connections (93 Cottage Street, Suite 101, Bar Harbor, ME 04609) or the Southwest Harbor-Tremont Ambulance Fund (PO Box 437, Southwest Harbor, Maine 04679), both organizations were incredibly important to Mark and close to his heart.

Receive notifications about information and event scheduling for Mark

We encourage you to share your most beloved memories of Mark here, so that the family and other loved ones can always see it. You can upload cherished photographs, or share your favorite stories, and can even comment on those shared by others.

Plant a Tree in Memory of Mark
Plant a tree
2 trees have been planted in memory of Mark D. Campbell
LO

Posted Oct 09, 2020 at 01:16pm
As we reminisce about our children's shared childcare connection with Lyn and the years that we all spent shepherding them through Pemetic Elementary School, we wish you peace in happy memories.

Posted Oct 07, 2020 at 09:05am
I have so many fond memories of Mark from high school. A group of us from Belfast were counted as friends and enjoyed game nights at his parents house and trips to the seashore. Mark even took us on trips to his beloved Northeast Harbor. As we grew older, I remember one party where Mark showed up with a bottle of Chianti that was four feet tall! I’ll drink a glass of wine to you my friend. My condolences to his loving family. Sandy Gordon
Comment Share
Share via:
EG

Posted Oct 01, 2020 at 01:06pm
Dear Barbara, Rebecca and Amr, and Ian, You are in our thoughts daily. We offer this tree to the wonderful spirit of Mark. Love , the Glass family 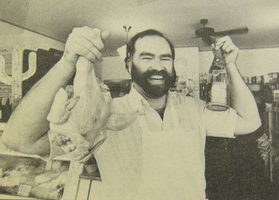