To share your memory on the wall of Kenneth Howie, sign in using one of the following options:

Provide comfort for the family of Kenneth Howie with a meaningful gesture of sympathy.

After graduating from Bar Harbor High School in 1966, Kenny served with the US Army during the Vietnam War. Shortly after his return home, he married and welcomed the birth of a daughter. Kenny later remarried, in 1990, to Jeanette (Jeanie) Poir ier and with each of their daughters, created a new family. Over the next few years, they completed the picture with three sons. In their nearly 30 year marriage, they also enjoyed welcoming many fur-babies into their home.

Kenny spent his career as a diesel and large equipment operator and mechanic, first with Harold MacQuinn, Inc, then with the Town of Bar Harbor Highway Dept. where he spent more than 38 years as Head Mechanic. After his retirement, he enjoyed keeping his hands in mechanical work, repairing and maintaining vehicles for family and friend s. For his own pleasure, he could be found tinkering with and riding his treasured Harley-Davidson motorcycle.

Kenny truly was a devoted family man. He loved spending quality time with his wife, while also watching over his aging parents who lived next door. He enjoyed playing and working alongside his children, from childhood into adulthood, and looked forward to every moment he could spend with his grandchildren, staying an active part of their lives and participating in their interests. He took every opportunity to have fun and to share his knowledge and skills. Kenny was the person many people went to for help and advice. He could always be found with a smile on his face, love in his heart and the willingness to offer a helping hand.

Kenny was predeceased by his mother, several aunts, uncles, cousins and a nephew.

Kenny is survived by his loving wife, Jeanie; father, Paul; sister, Cindy and husband Edward of Hancock; daughters, Cori Mitchell and husband Joel of Ellsworth, Darci Smith and husband Neal Freeman of New Jersey; sons, Joshua, Timothy and fiancée Mikaela Goodwin, Keegan and wife Holly, all of Bar Harbor; grandchildren, Gage, Maci, Cami and Ned. He leaves behind two nieces, a nephew, two special aunts, an uncle and many cousins as well as a community of friends.
Kenny will be dearly missed and fondly remembered by many.
As service of remembrance will be held Saturday, October 19, 2019 2pm at Jordan-Fernald Funeral Home in Somesville. A reception will directly follow the service.

We encourage you to share your most beloved memories of Kenneth here, so that the family and other loved ones can always see it. You can upload cherished photographs, or share your favorite stories, and can even comment on those shared by others.

Rick and Laure Howie sent flowers to the family of Kenneth Leroy Howie.
Show you care by sending flowers

Flowers were purchased for the family of Kenneth Howie. Send Flowers 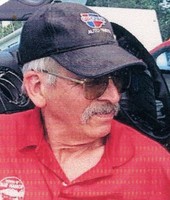 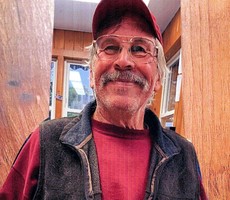