To share your memory on the wall of George Peckham, sign in using one of the following options:

Provide comfort for the family of George Peckham with a meaningful gesture of sympathy.

George F. Peckham, Jr., 91, formerly of Mount Desert died on August 19, 2019 at Dirigo Pines in Orono surrounded by loved ones and caregivers.

George F. Peckham, Jr., 91, formerly of Mount Desert died on August 19, 2019 at Dirigo Pines in Orono surrounded by loved ones and caregivers.

George was born on MDI September 1, 1927 to G. Frazier Peckham and Evelyn (Leighton) Peckham. He attended local schools graduating from Gilman High, Northeast Harbor as Valedictorian in his class of 1945. He enrolled at University of Maine, but after one semester he enlisted in the U.S. Army serving in Korea. He returned to the University to complete his education and graduated with a mechanical engineering degree (BSME with Distinction). George was a member of Tau Beta Pi. Prior to completing his last semester, he married Marion Louise Schurman. They had two children, Jeffrey Alan and Stephanie Lee (Peckham) Goodwin, and two granddaughters, Chelsea Marie Mooney and Kayla Jane Mooney.

His professional career started with General Electric Co. working in Lynn, Massachusetts, Burlington, Vermont and Schenectady, New York which spanned 7 years. The urge to return to his home state brought him to Great Northern in Millinocket for 17 years. He purchased and managed a building and painting business in Seal Harbor for 10 years prior to retirement.

George had many hobbies: sailboat racing, fishing, deer and bird hunting, wood working, gardening and making maple syrup. He enjoyed camp life with his friends, Fred Eaton, Ralph Keef and Peter Smallidge. He was a member of St. Mary’s Episcopal Church, Northeast Harbor where he served as vestryman, Jr. and Sr. Wardens, and on the church board. George served on the school board of Mt. Desert as well as Selectman.

George resided at Dirigo Pines with Marion the last two one half years where he enjoyed playing Bridge with his partner Thomas Needham. A special thank you to all at Dirigo Pines for making his stay so enjoyable.

A memorial for George will be held 11am, September 7, 2019 at St. Mary and St. Judes Parish Center, 5 Kimball Rd., Northeast Harbor.

In lieu of flowers donations may be made to:

We encourage you to share your most beloved memories of George here, so that the family and other loved ones can always see it. You can upload cherished photographs, or share your favorite stories, and can even comment on those shared by others.

Posted Sep 06, 2019 at 10:39am
Our condolences to Marion and Stephanie. George was a fine person and we are pleased to have known him. We are also pleased that Stephanie and Judy are such good friends.
Carolyn and Waldo
Comment Share
Share via: 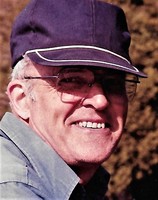