To share your memory on the wall of David Mahon, sign in using one of the following options:

Receive notifications about information and event scheduling for David

We encourage you to share your most beloved memories of David here, so that the family and other loved ones can always see it. You can upload cherished photographs, or share your favorite stories, and can even comment on those shared by others.

Posted Sep 21, 2020 at 10:12am
My heart goes out to all the family. I just Loved David. Such a kind and gentle man. I feel very blessed to have known him.
RIP David.🌹
Comment Share
Share via:
DI

Posted Sep 05, 2020 at 11:25am
I was honored and privileged to
Have met David. He was very
Witty and had a wonderful sense
Of humor.He will really be missed
As he was loved by many.
Comment Share
Share via: 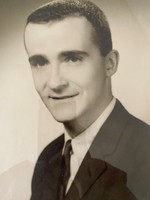