To share your memory on the wall of Charles Pugh, sign in using one of the following options:

Posted Apr 04, 2020 at 07:24pm
I always enjoyed talking music with Charlie when we crossed paths at WERU. Charlie and Pat are two of the kindest souls on earth. RIP, Charlie. I'll miss hearing your voice coming over the airwaves.
Rich Hilsinger
Comment Share
Share via:
KC

Posted Apr 02, 2020 at 07:15am
Dear Pat, I just received my copy of the Islander and read the sad news of your loss of Charlie. I know it has been a long road for both of you in the good times and the bad. The fact that you have always been there for each other speaks volumes about your special relationship. I picture him joining my parents in a better place.
Please know you are in my heart and I pray that your grief can be lifted by the wonderful memories you share for so many years. I remember the concert last summer when we were together and exchanged hugs.
Charlie and I send our love and hope to see you later this summer.
Kathy and Charlie Cepeda
Comment Share
Share via:
C

Posted Mar 26, 2020 at 12:34pm
Dearest Pat and Davonne, I’m so sorry to learn of Charlie’s passing away. My heart breaks for you. You always have been and will continue to be a wonderful family. With love, Charlene Marshall
Comment Share
Share via:
LM

Posted Mar 26, 2020 at 10:58am
Pat ~ Loretta shared the news of your husband, Charlie, and I want you to know I am thinking of you and your family. I have such fond memories of you, Aunt Edna, and Uncle Grey, back in the day when my family would visit Fincastle. I'm happy you have had a great life in a wonderful marriage. Enjoy your time with your daughters and grandchildren. (My husband, Charlie, died in 2008. My two sons and my grandson mean everything to me.)
Much love to you from your cousin.
Lydia (Grey) Powell Mugler
Comment Share
Share via: 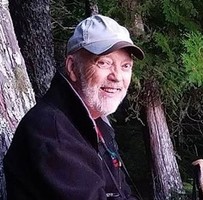