To share your memory on the wall of Carolyn Rourke, sign in using one of the following options:

Provide comfort for the family of Carolyn Rourke with a meaningful gesture of sympathy.

We encourage you to share your most beloved memories of Carolyn here, so that the family and other loved ones can always see it. You can upload cherished photographs, or share your favorite stories, and can even comment on those shared by others.

Larissa Leocadio, Duane & Marian Doss, and others have sent flowers to the family of Carolyn Rolston Rourke.
Show you care by sending flowers

Posted Jan 03, 2020 at 03:40pm
Hello to Carolyn's family and friends. When the Ellsworth American reached me late in Florida, I recognized Carolyn's smiling face from all the Neckalodeon parties we shared at Joe Grimaldi's Surry home. The last time she greeted me warmly was this Fall at Joe's special party. Hopefully, my attached picture will show Janet Pearson practicing at the piano for that event. Wonderful memories.......peace from Gail Yvon
Comment Share
Share via:
LL

Posted Nov 14, 2019 at 06:31am
wish I could be beside you today and give you a big hug and share our tears of gratitude and farewell. Sure God received her in his infinite love.

Posted Nov 13, 2019 at 10:51am
In remembrance of Carolyn and the Alaska friendship & adventures with her. Love, Duane & Marian

Posted Nov 13, 2019 at 06:20am
Dear Carolyn,
Was I ever the luckiest gal to have you as my MWC roomie and a dear friend for 63 years. Thank you for being
my help, my joy, and my inspiration. Gail
Comment Share
Share via:
BM 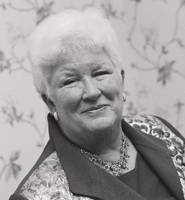 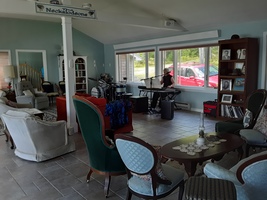