To share your memory on the wall of Calvin Stinson, sign in using one of the following options:

We encourage you to share your most beloved memories of Calvin here, so that the family and other loved ones can always see it. You can upload cherished photographs, or share your favorite stories, and can even comment on those shared by others.

Dave and Melissa Lorenz purchased flowers for the family of Calvin Stinson.

N/A purchased flowers for the family of Calvin Stinson.

Posted Oct 16, 2019 at 10:44am
Thinking of you during this difficult time. Our thoughts and prayers are with you.

Flowers were purchased for the family of Calvin Stinson.

I recently came across a note he wrote to me when I was a child. I think it was for my birthday. It was in his own handwriting and addressed to “Neannie,” which was a nickname I had when I was pretty young. It is kind of funny because he was really the only one who called me that on a consistent basis. I always took it as a term of endearment, and it made me feel special when he addressed me as Neannie. Goodbye, Uncle Trug, I love you and will miss you. I hope you and your siblings are having a great reunion in heaven. 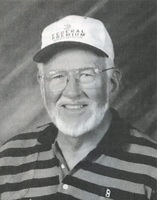