To share your memory on the wall of Beverly Paigen, sign in using one of the following options:

Receive notifications about information and event scheduling for Beverly

We encourage you to share your most beloved memories of Beverly here, so that the family and other loved ones can always see it. You can upload cherished photographs, or share your favorite stories, and can even comment on those shared by others.

Posted Jul 18, 2020 at 02:45pm
To all of Bev and Ken's family,
I will miss Bev. She inspired me in many ways. Her big and open heart to everyone. My sense was she saw the potential in every person she met. As a true optimist, she did things that some people would not attempt or give up. Love Canal is the big public example, and this contribution will be in text books forever. I was so honored to know her when she told me how she was involved. On person levels too, she did what it takes to see the good, and laugh. I will miss hearing her tell stories and laugh. I miss hearing what the next challenge was, that she hurdled. May she rest in peace, and all of her family be comforted by the love she shared.
Comment Share
Share via:
SB

Posted Jul 06, 2020 at 11:21am
Dear Paigen family members,
I knew Bev and Ken from Congregation Beth El. They were both supportive community members. Although I am not a scientist, I was aware of their enormous contributions to science. Reading Bev's obituary and BDN article has made me more aware of the tremendous contribution she made in the field of environmental "clean-up." In addition to that, I know that Bev had many interests and was always learning new things. I teach languages. A number of years ago, Bev became one of my students. She studied the French language with me. She was a great student! She was truly a "universal woman." My thoughts and prayers are with you all.
Comment Share
Share via:
MB

Posted Jul 02, 2020 at 11:36am
Bev was among the warmest human beings I've ever known. I loved her scientific mind and her commitment to environmental justice. It was a privilege to be on the receiving end of her friendship, advice and support for our work at the Environmental Health Strategy Center. We were so pleased to present her with the Frank Hatch Environmental Health Leadership in 2012 for her lifetime of contribution. After that event, the dinner with Bev and Ken, and Lois Gibbs and Stephen Lester, were moments of comradery that I'll cherish forever. Peace to all, in loving memory, Mike Belliveau
Comment Share
Share via: 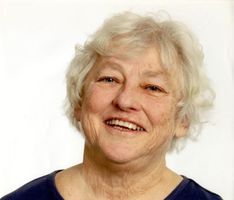