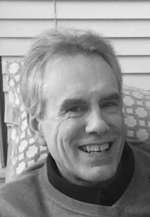 Franklin, ME - Willis “Bill” Paine Jr. left this world on June 3rd surrounded by his wife of 43 years and their three children. Bill fought a courageous eighteen year battle with a rare form of cancer that doctors initially predicted would overcome his body in a matter of months. Seeking out a team of doctors at the National Institute of Health, in Bethesda, MD. Bill underwent countless tests, scans, exams and experimental protocols over a sixteen year period and though treatment took a toll on him physically, his positive spirit was unwavering.

Bill was born in Hartford, CT., but lived his life in Maine. He graduated from Mount Desert Island High School in 1973 and married his high school sweetheart, Ann Graves of Northeast Harbor two years later.
Following graduation he bought and operated Kartland in Trenton, ME. Bill joined the Trenton volunteer fire fighters where he made many lifelong friends. Bill was employed by Bangor Hydro Electric Company, Lamoine division, where he worked as a Lineman for many years until he was no longer able. He thoroughly enjoyed his job, and loved the people he worked with.

Bill and Ann welcomed three children into the world and raised them in Trenton and later in Northeast Harbor. Bill was a loving husband, father and grandfather. Family was his life. He loved spending time with his seven grandchildren who referred to him as “Papa” and he enjoyed taking them for boat rides on Abram’s Pond, showing them his secret fishing spots, playing his birdcall for them, and singing songs with his harmonica and guitar.

He loved spending time outdoors and enjoyed hunting, fishing, ATVing, and hiking. He had a passion for aviation and photography. He loved to play cribbage with his siblings, and enjoyed a good practical joke. Laughter was everything to Bill and he had a knack for finding humor in every situation. Bill was special in that he had a way of making people feel listened to and loved.

He is survived by his mother, Katharine Belanger (Paine) of Zephyrhills FL; wife Ann Paine of Franklin ME; his daughter Melissa Saunders and husband Keith Saunders and their children, Andrew, Caroline and Camden of Fredericksburg, VA; daughter Alicia Lockwood and husband Aaron Lockwood and their children, Connor, Wyatt, Delaney and Abram of Topsham, ME; his son John Paine of Portland, ME; His brother Dennis Paine and wife Victoria Paine of Shirley, ME; brother David Paine and wife Darlene Paine of Wilton, ME; sister Deborah Thyng and husband James Thyng of Greenville ME; his brother-in-law Alan Graves and wife Doreen Graves of Northeast Harbor, ME; his sister-in-law Christine Graves of Carlisle PA; and many special nieces, nephews and friends. Bill was predeceased by his father, Willis Paine, Sr.; his step dad, Joseph Belanger; his father and mother in-law Robert and Sheila Graves; and his brother-in-law, Steven Graves.

Bill’s love, humor and positive spirit will be sorely missed and will live on through all of the happy memories in those who were blessed enough to know him.

In lieu of flowers the family invites donations to the Pheochromocytoma Research Fund through The National Institute of Health. Bill and Ann would be honored by contributions that will help support ongoing research for detection, diagnoses, and treatment of this rare form of cancer. Contributions can be mailed to:
National Institute of Health
10 Center Dr, Room 1E-1-3140
Bethesda, MD. 20892
Please note that donations should include the code: NICHD 00-CH-0003 Pheo Para Protocol
Arrangements by Jordan-Fernald, 1139 Main St., Mt. Desert. Condolences may be expressed at www.jordanfernald.com