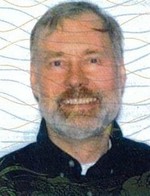 William Irvin Frels age 70 died August 21,2019 in Southwest Harbor, ME He was born October 27, 1948 to Irvin Edward Frels and Doris Olson Frels at Trinity Hospital in Cable,
Wisconsin.
William grew up in a loving home on the family’s dairy farm. This is where his work ethic was established. Morning chores and milking was the expected routine.
While at Cable Union High School William developed a serious interest in math and decided this would be his course of study going forward. Four years later, he graduated Cum Laude from Wisconsin State University receiving the degree of Bachelor of Science.,
In 1972 South Dakota School of Mines and Technology conferred upon William Irvin Frels the degree of Master of Science in Physics.
When William was in South Dakota he explored much of the West including Utah with its National Parks, Arches and Canyon lands. These were two of his favorites. William loved nature and the natural world. He was very active, enjoying biking, hiking, skiing or snowshoeing. Long canoe trips with his many friends. His love of nature was contagious, and passed on to his children: Shantel Frels and wife Julia Frels of Catonsville, Maryland, Branden Frels and wife Brandy Frels of Westminster, Maryland.
Wiliam’s final degree a Doctorate in Molecular Biology from New York University at Buffalo. This was his field of work for many years in Maryland until he retired. Then moved to Maine to be with his wife Jill.
After retiring he did some consulting. He enjoyed biking to Seawall for picnic dinners often. Volunteering at Charlotte Rhodes Garden and sunset walks up Beech Mt.
William is survived by:
Sister: Judy and husband Duane Lewison and daughter Heiley. of Middleton , Wisconsin Sister: Debra Frels, Chicago,Illinois Brother: Christopher and Rose Frels San Diego, CA.
Brother: Mark Frels, Cable, Wisconsin
Brother: Carl and Jessica Frels, and daughter Hannah, Dalton, PA
Nephew: Ryan Frels (son of John Frels) of Minnesota
William was predeceased by:
His sister Janet Frels of Cable, Wisconsin and Minnesota His brother John Frels of Cable, Wisconsin and Minnesota

Arrangements by Jordan-Fernald, 1139 Main St., Mt. Desert, ME. Condolences may be expressed at www.jordanfernald.com