To share your memory on the wall of Walter Sanner, sign in using one of the following options:

Receive notifications about information and event scheduling for Walter

We encourage you to share your most beloved memories of Walter here, so that the family and other loved ones can always see it. You can upload cherished photographs, or share your favorite stories, and can even comment on those shared by others.

Posted Mar 13, 2020 at 06:01am
I am so sorry for your loss of Bud. I knew him through the years of being married to Debbie my best friend in high school. The video was wonderful to watch a man come full circle in life. He was a happy and blessed man to have the wonderful family he did. Keep the loving memories close to heart, he was a great dad.
Comment Share
Share via:
CC 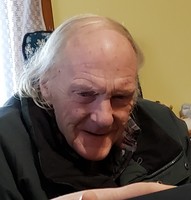