To share your memory on the wall of Thomas Perkins, sign in using one of the following options:

Provide comfort for the family of Thomas Perkins with a meaningful gesture of sympathy.

Posted Feb 05, 2020 at 03:54pm
You and Tom have always felt like close family. We will miss him dearly. Please let us know if you need anything. Our hearts are with you.

Flowers were purchased for the family of Thomas Perkins. Send Flowers

Posted Feb 03, 2020 at 12:04pm
When I first started in Law Enforcement back in 1991, I was able to ride-along with Tom a few times. He was an amazing Trooper and always operated with a level of integrity and professionalism that is not typical in the field today. I always enjoyed his company and would, at times, call on him for advice. Your fight is over, Tom. Rest in Peace, my friend. Troop J patrol area and everyone he touched is better-off for having known him.
Comment Share
Share via:

Posted Feb 02, 2020 at 05:04pm
i came to know Tom, this last summer, my first keeping a boat in Bucks Harbor. He was always helpful, kind and clearly was intent on being fair and just to everyone. It was obvious too, that he liked his job, liked people, liked the water and liked Brooksville
I will miss seeing him down at the landing, Bruce Gordon
Comment Share
Share via:
SJ

Posted Jan 30, 2020 at 10:45am
My deepest sympathies to all the friends and family members who were so lucky to have Tom in their lives. He was a very special man who will always be remembered for his caring personality and huge heart. He will be truly missed.
Comment Share
Share via: 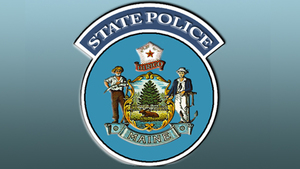