To share your memory on the wall of Stephen Stanley, sign in using one of the following options:

Receive notifications about information and event scheduling for Stephen

We encourage you to share your most beloved memories of Stephen here, so that the family and other loved ones can always see it. You can upload cherished photographs, or share your favorite stories, and can even comment on those shared by others.

Posted Jul 18, 2020 at 07:07pm
I'd like to reach out to the family and friends of Steve. He was 100% and was so nice and easy to talk to. He always had a smile on his face. It was genuine. I have worked with him 30+ years and I'm going to miss him so much. We called him Turtle because of the way he walked and the way he put his head and neck in front of him. When I got the news of his passing I was devastated so many people are at Jackson Laboratory. It will never be the same without Steve. My thoughts go out to his entire family Dianne friends and co workers. RIP TURTLE
Comment Share
Share via: 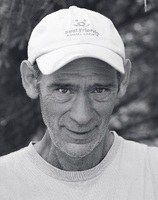