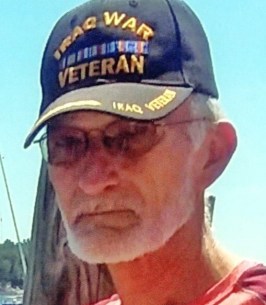 Share this tribute
Memorial Candles Lit for Stephen | SEE ALL
Light a Candle
"We are honored to provide this Book of Memories to the family."
— Jordan-Fernald Funeral Homes
Funeral Details Memory Wall Photos & Videos Send Flowers

Stephen graduated from Brewer High School and attended Husson College. He served in the U S Army and Army Reserves from 1973-2012. He served in Iraq and Kandahar, Afghanistan as well as relief missions in Mississippi after Hurricane Katrina.

Stephen worked for the Bangor Post Office from 1984-1991 and was Postmaster in Sullivan from 1991-2013. He enjoyed hunting and the outdoors. He was a member of the Franklin Veterans Club, American Legion and VFW Post.

He is survived by his wife of 23 years, Ginny; daughter, Melissa Black and husband Jason of Holden; son, Aaron Somers and wife Jessica of Auburn; stepchildren, Justin Voye and wife Kassie of Arvada, CO, Aaron Voye and significant other Brittany Roos of Highlands Ranch, CO; 6 grandchildren, 1 great-granddaughter; brother, Charles Somers of Brewer; many nieces and nephews. He was predeceased by 2 brothers, Michael and Monty Somers.

A celebration of Stephen’s life will be held at a later date.

Contributions may be made in Stephen’s memory to the Franklin Veteran Club, P O Box 66, Franklin 04634.

We encourage you to share any memorable photos or stories about Stephen. All tributes placed on and purchased through this memorial website will remain on in perpetuity for future generations.

Add Photos Post Condolence
You will always be one of my favorite people. When I was a little girl living across the street from the Sullivan post office, we would always joke daily about being the pony express while I road my horse Symbol all over Sullivan. You helped me start my stamp collection. I was just talking with the postmaster here in Virginia the other day, and was talking about you. Such wonderful memories and I am so sorry we never had the chance to see one another again. My sincere condolences to you family. Much Love to you and your family Jill Weber Marshall
Monday January 14, 2019 via Condolence Message
Share This:

WL
Rest in peace, Brother. Condolences to all the family.
Wes Linscott - Thursday November 15, 2018 via Condolence Message
Share This:
1
Page 1 of 1
Share
×