To share your memory on the wall of Russell Worrick, sign in using one of the following options:

Print
Russell Smith Worrick, 70, died June 22, peacefully at home in his sleep. Despite a family history of heart disease, Russ beat the odds and his genetics to live a full and active life right up until the day of his passing.

He was born Se... Read More
Russell Smith Worrick, 70, died June 22, peacefully at home in his sleep. Despite a family history of heart disease, Russ beat the odds and his genetics to live a full and active life right up until the day of his passing.

He was born September 10, 1949, in Bangor to Roberta (Smith) and Robert Clifton Worrick. After a childhood in Orono and a few winters in Colorado, he embraced Mount Desert Island as his home, solidified by meeting his future wife, Ann, and being “adopted” into her family, the Bryants of Seal Harbor. He quickly fostered a deep love for the waters of Maine and the boats that navigated them. This passion turned into a decades-long career in the marine industry. His career with boats began at ML Pettegrow in Southwest Harbor and included Henry R. Abel, Ellis Boats, and Hinckley Yachts. For several years he owned Newman Marine Brokerage in Southwest Harbor, combining his wealth of boat knowledge with his penchant for conversation. He returned to Hinckley as a jet boat sea trial captain, a position in which he took great pride and pleasure. Most recently, Russ was working at Bowden Marine in Bar Harbor alongside his son, Peter, with whom he instilled a love of boats and took pride in watching grow as both a marine mechanic and man. While his daughter, Eliza, chose a different career path, he was still proud to watch her grow up and develop a shared love of cooking and baking, which they bonded over for years.

Although the sea was in his blood, he was never happier than on dry land with his and Ann’s home in Bar Harbor filled with family and friends. A meal in the oven or on the grill and the cribbage board out on the table, Russ was in his element holding court and entertaining all with his storytelling in his rich, deep voice.

Russ is survived by his wife, Ann Bryant Worrick, daughter, Eliza Bryant Worrick, son, Peter Russell Worrick, his partner Hannah McGarr and her daughter Aliyah, sister, Jeanne Worrick Gamage, as well as many nieces, nephews, cousins, and friends who became family. Those who knew and loved him could be found across Maine and as far away as the U.S. Virgin Islands and Scotland.

He was preceded in death by his parents, Roberta Smith Worrick and Robert Clifton Worrick, as well as his older brother, Steven Robert Worrick.

There will be a private burial in the Seal Harbor Cemetery and a celebration of life at a future date. If you would like to honor Russ’s generous spirit, donations can be made to the Bar Harbor Food Pantry, Home Cooked Healing, Hospice Volunteers of Hancock County, or any charity of your choice. Additionally, one of Russ’s most endearing characteristics was his ability to take time to stop and chat with folks. In this vein, his family encourages you to practice an act of individual charity or kindness to a neighbor or friend in his memory.

Arrangements made by Jordan-Fernald, 1139 Main Street, Mt. Desert. Condolences may be expressed at www.jordanfernald.com
Read Less

Receive notifications about information and event scheduling for Russell

We encourage you to share your most beloved memories of Russell here, so that the family and other loved ones can always see it. You can upload cherished photographs, or share your favorite stories, and can even comment on those shared by others.

Plant a Tree in Memory of Russell
Plant a tree 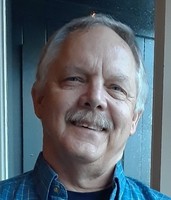