To share your memory on the wall of Robert Taylor, sign in using one of the following options:

Robert graduated from Gilmore High School, Northeast Harbor in 1949. He married Marjorie Gilley in 1952. Robert served in the U.S. Navy from 1951-1955 serving on a tanker for 45 months in the Mediterranean. After leaving the service Robert worked as a caretaker for D.L. Hopkins and Charles Dickey for 38 years. He was a member of the Lurvey Wright Post #103, Northeast Harbor. He was a past member of the Union Church, Northeast Harbor and was instrumental in starting the first Little League Baseball Division in Northeast Harbor and the Acadian Legion Baseball Team. Robert was also an active Scout Master. He enjoyed hunting and fishing and caught the oldest fish registered at Moosehead Lake.

Robert is survived by his beloved wife of 67 years Marjorie I. (Gilley); 4 sons; Richard Taylor of Bar Harbor, Martin Taylor and wife Maggie of Trenton, John Taylor and wife Dawn of Florida and Lawrence “Larry” Taylor and wife Lisa of Trenton; 6 grandchildren; Jessica, Amanda, Rusty and Robyn Taylor and Emily and Megan Murphy; 10 great-grandchildren and 1 great-great grandchild, a brother Timothy Taylor and wife Jeannie of Northeast Harbor; 2 half sisters, Sue Barnes of Texas and Kristy Cousins of Lamoine. He is predeceased by his half brother, Kenneth M. Taylor.

Those who desire may make contributions in Robert’s memory to American Legion Post #103, Northeast Harbor, ME 04662 or to Birch Bay, Safe Harbor Dementia Ward, 25 Village Inn Rd., Bar Harbor, ME 04609.


Condolences may be expressed at www.jordanfernald.com

Craig and Maureen sent flowers to the family of Robert A. ""Rat"" Taylor.
Show you care by sending flowers

From the Family of Harold and Inez and the Gillie side of the family...our condolences to you. So sorry to read of Rat's passing. For all of us, Bob Walls
Comment Share
Share via:
CM

Craig and Maureen purchased flowers for the family of Robert Taylor. Send Flowers 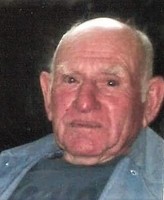