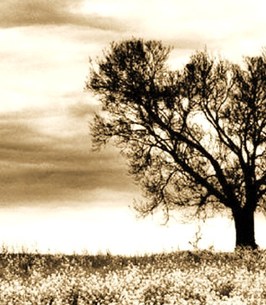 Share this tribute
Memorial Candles Lit for Robert | SEE ALL
Light a Candle
"We are honored to provide this Book of Memories to the family."
— Jordan-Fernald Funeral Homes
Funeral Details Memory Wall Photos & Videos Send Flowers


West Redding, CT/Blue Hill, ME
Robert G. Lindner, 91, died October 26, 2018 at MDI
Hospital, Bar Harbor. He was born in Brooklyn, NY
December 8, 1926 the son of Robert Jacob and Elsie (Liske)
Lindner.
+Robert was a resident of Redding, CT
since 1960. He served in
the US Army during WWII in the Pacific. Robert had received
an Associates Degree from State University of New York at
Farmingdale and spent time farming in New York
State and Massachusetts. He worked briefly as a New York
State Trooper in Batavia, NY.in 1954. He worked for Connecticut
Light and Power Co. for 35 years as a lineman. He played on
the Industrial Lead softball leagues for many years. He also was a member of the West
Redding Volunteer Fire Department for 50+ years, having served
during that time as Fire Commissioner Robert enjoyed traveling in Europe
and throughout the United States with his
wife and family. He enjoyed hiking and the beauty of the forest.
He is survived by his children, Colonel Robert K. Lindner
USAF and wife June of San Antonio, TX and Laurie Dwyer
L.M.C. and husband William J of Mount Desert, Maine, seven
grandchildren, Sean P. Dwyer and wife Jennifer Richardson Dwyer
, William Corey Dwyer and wife Susanna Martin Dwyer ,, Kevin J. Dwyer,
Rachel A., David K., Sarah J., and Hannah L. Lindner; , and six
great-grandchildren. He was predeceased by his beloved wife
of 66 years, Barbara.
Calling hours will be held 5:00-7:00, November 1, 2018 at
Cornell Memorial Home, 247 White Street, Danbury, CT 06810
A Mass of Christian Burial will be celebrated at 10:30 am
November 2, 2018 at St. Joseph Church, Brookfield, CT.
Contributions in Robert’s memory may be made to the charity
of one's choice.
Condolences may be expressed at www.cornellmemorial.com

We encourage you to share any memorable photos or stories about Robert. All tributes placed on and purchased through this memorial website will remain on in perpetuity for future generations.

Add Photos
There are currently no photos. Click here to share your photos.
Send flowers to the family
Choose from beautiful standing, table and basket arrangements. Safe and secure online ordering.
View Flower Arrangements
What has already been purchased for the family?
Family Log-In