To share your memory on the wall of Rev. Nathaniel Reece, sign in using one of the following options:

Provide comfort for the family by sending flowers or planting a tree in memory of Rev. Nathaniel Reece

Provide comfort for the family of Rev. Nathaniel Reece with a meaningful gesture of sympathy.

Print
Rev. Nathaniel Treat Reece, 72, of Ponte Vedra Beach, FL, passed away on February 1, 2020.
A private burial service will be scheduled next summer in Northeast Harbor at the Forest Hill Cemetery.

Nat was born in Boston, MA to John... Read More
Rev. Nathaniel Treat Reece, 72, of Ponte Vedra Beach, FL, passed away on February 1, 2020.
A private burial service will be scheduled next summer in Northeast Harbor at the Forest Hill Cemetery.

Nat was born in Boston, MA to John Brooks Reece and Charlotte Worthen Reece on March 22, 1947. He went to Dexter School in Brookline, MA, Noble and Greenough School in Dedham, MA and graduated from the University of Pennsylvania, Philadelphia in 1969. Following graduation, Nat worked as an international banker at Morgan Guaranty Trust for eight years. Then, he became Comptroller of Pathfinder Mines, a division of General Electric. Late in his career, Nat became an ordained minister in the Episcopal Church and was Rector at Trinity Church, Bridgewater, MA.

Rowing was one of Nat’s great interests, on the Penn Heavyweight crew he won the national championships in 1966 and 1968. Other favorite hobbies included sailing his beloved Luders 16, skiing with friends, and playing guitar is his band from high school days. Nat’s interest in international business and travel lead him to become fluent in French and German. After graduating from the Virginia Theological Seminary, Nat spent three years in Tanzania where he was ordained and assigned to the Maasai and Gogo tribes of the Southern Highlands. He treasured his new friendships and memories from those times. Nat was a member of Saint Anthony Hall, The Society of Colonial Wars and The Brook of New York.

Nat is survived by his siblings, John Brooks Reece, Jr. of Chestnut Hill, MA, Christopher Shearson Reece of Needham, MA and Northeast Harbor, ME and Charlotte Cameron Disston of Ponte Vedra Beach, FL and Northeast Harbor, ME and several nieces and nephews.
The family would like to thank Palm Garden and the McGraw Center for Caring of Jacksonville, FL and Nat’s caregivers for their exceptional care during the past months.

Memorials may be given to The Michael J. Fox Foundation for Parkinson’s Research: www.michaeljfox.org
Arrangements are by Jordan Fernald Funeral Homes, Somesville, ME. Condolences may be expressed at www.jordanfernald.com
Read Less

Receive notifications about information and event scheduling for Rev. Nathaniel

We encourage you to share your most beloved memories of Rev. Nathaniel here, so that the family and other loved ones can always see it. You can upload cherished photographs, or share your favorite stories, and can even comment on those shared by others.

Plant a Tree in Memory of Rev. Nathaniel
Plant a tree 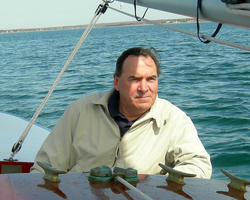 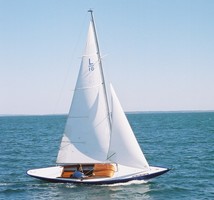 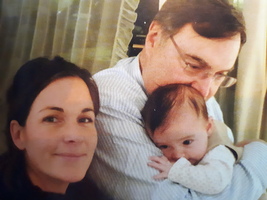