To share your memory on the wall of Phyllis Beallor, sign in using one of the following options:

Print
Phyllis Beallor, beloved wife, mother, grandmother, great aunt, dedicated friend,
and force of nature passed away peacefully on Saturday, June 1, 2019, at her
home in Maine, surrounded by her family.

Phyllis joins her beloved Bob, her husband of nearly 60 years who predeceased her.
She is survived by her two loving daughters and their husbands, Susan Beallor-
Snyder and Stuart Snyder, June Beallor and Jackson Dragon; her grandchildren, Sara
and Madison Snyder; her step-grandchildren Jason and Lily Dragon; her nephew,
Marc; nieces, Wendy and Fran; and many cousins. Phyllis had an impact on
everyone who met her.

Born in New York in 1932, Phyllis was 86 years young. She was the only child of
Louis and Beatrice Saritsky and was doted on by her aunts, Pearl, Augusta and Ida
who she remained close with throughout her life.

Phyllis was always ahead of the curve – she wore pantsuits early on, fought for civil
rights and women’s rights, protested nuclear power and stood with planned
parenthood. She was an amazing mom, wife, chef and pioneer, and pushed
everyone to challenge themselves to their limits.

She was outspoken and the best champion for her family, for ideas and action. For
her husband and daughters, she was the head of operations.

Her curiosity continued in later years with Torah study and traveling, continuing to
meet new people and reading great biographies. She loved the arts, hiking, camping
and the outdoors, and all things Maine and Acadia National Park.

She will be deeply missed by all.

A private burial service was held on June 4, 2019 in Maine and there will be
numerous gatherings throughout the year in her honor in Maine, New York and
California.

In lieu of flowers, the family encourages donations to Friends of Acadia in memory
of Phyllis. https://friendsofacadia.org/tribute-gift/

We encourage you to share your most beloved memories of Phyllis here, so that the family and other loved ones can always see it. You can upload cherished photographs, or share your favorite stories, and can even comment on those shared by others.

Plant a Tree in Memory of Phyllis
Plant a tree 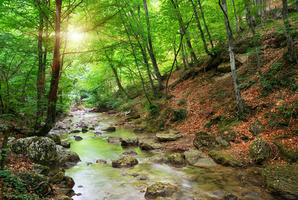