To share your memory on the wall of Peter Sturtevant, sign in using one of the following options:

We encourage you to share your most beloved memories of Peter here, so that the family and other loved ones can always see it. You can upload cherished photographs, or share your favorite stories, and can even comment on those shared by others.

Posted Oct 18, 2019 at 02:58pm
I first met Peter around 65 years ago when I was 10 and my mother started coming to Haven Colony in summers. I spent many hours at the tennis court, and that was where I often saw Peter, who was an excellent player—and a first-rate athlete in general. I looked up to Peter right away because he was big (larger than life), loud, and, most of all, a LOT of fun. It would be a few years before I had the pleasure of playing tennis with him. The first time we played, I was his doubles partner. Big excitement for me, as he was about ten times my superior. He gave me constant, witty encouragement, even setting me up to smash a few winners that he could easily have taken care of himself. A very generous guy in every way. There were a couple of summers when a membership in Haven that included tennis privileges was more than I could swing. Peter found out and asked me for just few bucks in cash, saying “I’ll take care of this. You gotta be able to play!” Generosity! Reading about the rest of Peter’s life, at Maret and elsewhere, I saw exactly the same spirit. A deeply good person. I count myself very lucky to have known him. And I was only one of many beneficiaries of his generosity and joy in living. R.I.P., Big Guy. You are greatly missed.
Farnham (Mike) Blair
P.O. Box 385, Blue Hill
18 October, 2019
Comment Share
Share via:
HS

Posted Oct 17, 2019 at 06:17pm
Peter made our time at Maret innovative, exciting, and fun. We will miss our mentor, colleague, and friend. May his memory be a blessing to us all.

Rose Tribute was purchased for the family of Peter Sturtevant.

Posted Oct 11, 2019 at 05:19pm
North,
I recently met North through in business group hosted by Goldman Sachs. North, I did not know your father but I can only imagine he was proud of your accomplishments. I am sorry for your loss and offer my condolences to you and your family. Hope we can connect in the near future. Life is precious and short and molded by our surroundings and the people we surround ourselves with. You are a good soul. Nick B.
Comment Share
Share via:
JE

It was with profound sadness that I learned of the passing of the remarkable, unique and wise Peter Sturtevant. You have all been in my thoughts and I wish to offer my sincere condolences to the entire family.

There are no simple words or phrases that can convey the profound impact Peter had on my life (and many others). Peter had faith in me when I needed it most.

When I moved to DC in 1979 at the age of 14 to live with my Dad, Peter not only accepted me into Maret when others there doubted my merit, he physically and psychologically gave me many much-needed bear hugs of support during my high school years. Who can forget sitting in Peter’s office at Maret, expecting to be chastised for this or that “offense”, and instead he would chat you up about some idea he had or something he thought you should do next year at school. It was mesmerizing, it was magical, and it was inspirational.

Peter and my Dad (Richard “Dick” Edelman) were classmates at Harvard and their friendship was re-kindled when I applied to Maret. As a single Dad dealing with a challenging son, Peter kept my Dad at peace with my ups and downs, and promised him my time to shine would come – that gave my Dad great hope due to his immense respect for Peter and his innate genius in dealing with adolescents.

I got to enjoy many dinners at our house in those years where Peter and my Dad would spend hours telling stories and quoting from philosophers, poets and historical figures (which they both so loved to do). “Bring out the good stuff, Dick” Peter would bellow with that remarkable deep voice (And I think we all know to what Peter was referring).

When I became interested in attending Bowdoin my junior year at Maret, in no small part due to Peter’s admiration for the college (which of course Stick attended, as did my senior year physics teacher, and Stick friend, Scott Nelson), Peter spent a great deal of time coaching me on how I might get accepted. Regardless of what I did, there is not a sliver of doubt in my mind that I would never have been accepted at Bowdoin without Peter’s great confidence in me, his support and of course his recommendation. I did my very best to justify Peter’s confidence in me at Bowdoin.

Peter’s impact on my life is by no means a one-off. Two of my closest friends to this day were classmates at Maret, and I know they feel the same way about Big Sky (as do many more people I know). Yesterday Pierre Rovani, one of those special Maret friends said, “I hope Peter realized how loved and admired he was.” I missed a last opportunity to express to Peter that very sentiment, so it is my great hope that the entire Sturtevant family know how many people (and there are so many) feel the loss of such a remarkable and impactful man – he will be missed. He will be remembered with great love, respect and thankfulness. 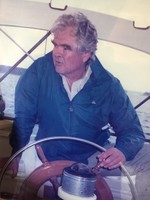