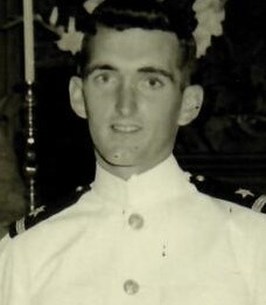 Share this tribute
Memorial Candles Lit for Peter | SEE ALL
Light a Candle
"We are honored to provide this Book of Memories to the family."
— Jordan-Fernald Funeral Homes
Funeral Details Memory Wall Photos & Videos Send Flowers

Print
Peter Wayne Smallidge died November 13, 2018 at his home in Somesville, Maine. He was born on January 27, 1934 in Bar Harbor, Maine, the son of Ernestine Ober Smallidge and Clifford Smallidge.

While growing up in Seal Harbor and Northeast Harbor he attended and graduated from Mount Desert High School. After high school he went to Maine Maritime Academy in Castine, Maine. While at MMA he made many life long friends. He enjoyed getting together with his classmates over the years and recounting their antics.

On the day after he graduated from Maine Maritime Academy he married his high school sweetheart, Sheila. They celebrated their 62nd anniversary in June. Peter went shipping for a short time after graduation and then accepted a position at Warren Pumps in Warren, Massachusetts where he worked for 15 years. He was drawn back to Maine and moved back with his family in 1972. At first he was employed at Brewer Electric and shortly thereafter purchased what was C.E. Wallace Plumbing & Heating in Northeast Harbor. He changed the name to MDI Service Corp. and successfully operated and grew the business for many years. He sold the business and enjoyed a brief retirement before going back to work in a partnership with Robert Young at Northeast Plumbing and Heating. Peter served on the Board of Directors at the Bar Harbor Savings and Loan Association and on the Northeast Harbor Harbor Committee for many years.

He was very involved in his grandchildren’s lives and attended nearly all of their sporting events and activities. He thoroughly enjoyed hearing of their travels and experiences over the years. Perhaps his greatest joy especially in later years was his time spent at Dry Kye, his rustic camp on Third Debsconeag Lake in northern Maine. While Peter loved the solitude found at the lake he also enjoyed sharing this special spot with many friends and especially with his grandchildren. Many of us have a “Third” story or experience. He also purchased a camp on Ambagejus Lake in Millinocket and loved his time there, especially when his grandchildren Brett and Calli were at their camp at Ambagejus.

Peter is survived by his wife, Sheila Graves Smallidge, his daughter Jennifer Smallidge Mitchell and her husband Robert of Mount Desert, their children Robert Lewis Mitchell, Jr. “Brett” and Caroline Ober Mitchell “Calli”. His daughter Melissa Harris and her husband Shepard of San Francisco, CA, their children Brooke Smallidge Harris, Peter Baylor Harris and James Owen Parker Harris, his wife Jen and son Oak. He is also survived by his sister Barbara Wheaton, a brother Ernest and his wife Barbara as well as his sisters-in-law Marion Peckham and her husband George (with whom Peter enjoyed many a remote fishing trip), Mary Gilley and her husband Wayne, Jean Fernald and her husband Robert, Dorothy Graves and Elizabeth Schurman as well as many nieces and nephews. He was pre-deceased by his parents, two brothers, Steven Smallidge and Jon Bagley, sister Norma and his six brothers-in-law.

Graveside services will be held, 11:00AM, Saturday, May 18, 2019 at Brookside Cemetery, Somesville, with a reception to follow at 32 Beech Hill Cross Road, Mt. Desert Donations may be made in his memory to The Northeast Harbor Ambulance Service, PO Box 122, Northeast Harbor, ME 04662.

We encourage you to share any memorable photos or stories about Peter. All tributes placed on and purchased through this memorial website will remain on in perpetuity for future generations.

Dear Sheila,
Our sincere condolences. In keeping with the enjoyment Pete got from his camp we decided to plant a tree in his memory
Anke Bakker & Randy Ober - Thursday December 27, 2018 via Memorial Tree
Share This:

SF
Our family was saddened to read about your loss of Peter. Precious people leave a special place in our hearts. May Comforting words and thoughts sustain you in the months and years to come. For a ‘lift’ in the disquieting days ahead, Search: ‘loss of loved one’ at jw dot org.
Sosa Family - Thursday November 22, 2018 via Condolence Message
Share This:

CO
Dear Sheila,
Our deepest sympathy in the passing of Peter to you and your family.
Even though we only met occasionally, his pleasant nature was welcomed.
Sincerely
Cliff and kathy
Cliff & kathy olson - Sunday November 18, 2018 via Condolence Message
Share This:

T
So many memories of 3rd Debsconeag and Ambajejus. I will miss greatly the chats we always had about life and the important things in life. Family and friends were always on the top of your list of the important things in life, my deepest condolences to all of them. Another piece of my life in the north Maine woods has gone West. Rest in peace my friend.
Tony - Friday November 16, 2018 via Condolence Message
Share This:
1
Page 1 of 1
Share
×