To share your memory on the wall of Pauline Farley, sign in using one of the following options:

Carol was talented in the craft of knitting, crocheting, and needlepoint. She also was an accomplished seamstress. Many of her family and friends have been gifted with her creations through the years. Carol took great pride in being a grandmother and was active in the lives her grandchildren and great grands. She was deeply loved and admired by all who knew her as a quiet, steady, humble woman who was always available to listen and give quiet sage advice. She will be deeply missed by all whose lives she blessed, though she personally asks that we do not make too much of a fuss. She put this request in writing, “No fuss please, I’ll know what you are doing.”

A grave side service officiated by Pastor Cassandra Crabtree will be held Sunday, July 19 (Carol and Dick’s 62nd wedding anniversary), 2pm at Hill Rest Cemetery (Tremont). A reception will follow in the back yard of Tremont Congregational Church. If possible, b.y.o.s. (bring your own seat/lawn chair). Donations in Carol’s memory can be made to Tremont Congregational Church, P.O. Box #6, Bernard, Maine 04612.

Receive notifications about information and event scheduling for Pauline

We encourage you to share your most beloved memories of Pauline here, so that the family and other loved ones can always see it. You can upload cherished photographs, or share your favorite stories, and can even comment on those shared by others.

Kaity, Piper, and Terrence, Craig and Christine, and other have sent flowers to the family of Pauline C. "Carol" Farley.
Show you care by sending flowers

Craig and Christine purchased flowers for the family of Pauline Farley. Send Flowers

Posted Jul 18, 2020 at 06:53am
Dan has fond memories of her always being around when he played ball at the old school. ( Her home was just behind the old school). Forever and always a wonderful, loving woman. We are so sorry for your loss.
Comment Share
Share via:
PR

Thank you, Linda. Dan's memory brings back a few of my own playing ball in the parking lot of the "Old School" which at the time was a Grange Hall! The "good ol' days"!
HJ 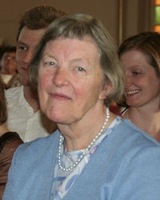