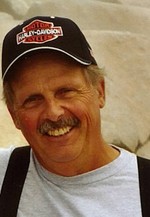 Paul (Willie) Anthony Williams, 68, died February 26, 2020 quietly at home in Seawall. He was born August 9, 1951 in Augusta, the son of Edward Winfield and Jacqueline Antoinette (Rancourt) Williams.
He graduated from Hall-Dale High School in Hallowell, in 1969 and joined the U.S. Navy shortly after. Paul enjoyed hunting and going to camp. He was a heavy equipment operator for S.E. MacMillan for 37 years.

A private family gathering will be held at a later date. Contributions in Paul’s memory may be made to the Southwest Harbor Historical Society, Capital Campaign, PO Box 272, Southwest Harbor, ME 04679.
Arrangements by Jordan-Fernald, 1139 Main St., Mt. Desert. Condolences may be expressed at www.jordanfernald.com