To share your memory on the wall of Paul Mazgaj, sign in using one of the following options:

Print
Ellsworth – Paul Mazgaj, 58, died peacefully at his home with his family on March 20, 2019 after a courageous battle with cancer. He was born September 2, 1961 in Lackawanna, NY the son of Stanley and Dorothy Mazgaj.

Paul graduated fr... Read More
Ellsworth – Paul Mazgaj, 58, died peacefully at his home with his family on March 20, 2019 after a courageous battle with cancer. He was born September 2, 1961 in Lackawanna, NY the son of Stanley and Dorothy Mazgaj.

Paul graduated from Frontier Central High School, class of 1979. He then attended State University of New York, Buffalo where he graduated cum laude with his Bachelor of Science in Nursing in 1983. After working a few years as a Registered Nurse, he joined the Army and received his Masters of Health Science in 1988 and became a Certified Registered Nurse Anesthetist. He spent ten years of active duty military service at several different posts, but most notably Fort Bragg, NC where he was part of the 82nd Airborne Division. He also served in the Middle East during Operation Desert Storm. Missing the northern climate, Paul left his active duty military assignment, and moved to Maine in 1997, where he remained in a reserve unit until 2010 and was employed as a CRNA until 2016. It was there that he met his wife, Katrina. They married in 1999 and had 3 children, Ben, Abby and Caroline, whom became the light of his life. His greatest passions were running and lobster fishing and he shared his love for these activities with his children. Aside from the love of his children, Paul will be best remembered by his acute sense of humor and ability to remember and tell a good joke.

He is survived by his wife Katrina (Thompson) Mazgaj; his son Benjamin; daughters Caroline and Abigail; his brothers William Mazgaj, wife Renee and son Quinn of Hamburg, NY, and Mark Mazgaj, wife Loretta, their sons Matthew and Eric, and their families of Lakewood, NY; his sisters Kathy Mar and her children Tessie and Jackson of New York, and Elizabeth Rice, husband Peter and their children Daniel and Nicole of Williamsville, NY, and Jane Carlisle, husband Terry and their children Sara, Dakota, and Dylan and their families from Tennessee. He is also survived by his father-in-law Earland Thompson and wife Tina along with several aunts, cousins, nieces, nephews and many special friends whom were like family to him. He was pre-deceased by his parents Stanley and Dorothy Mazgaj, as well as several aunts and uncles.

Visiting hours will be held on Friday, April 12, 2019 from 5pm-7pm at Jordan-Fernald, 113 Franklin St., Ellsworth and a Mass will be held Saturday, April 13, 2019 at 10 am at St Joseph’s Catholic Church in Ellsworth. The family would like to thank Dr. Sheila Pascual and the Hospice team for their care. In lieu of flowers, donations can be made in Paul’s name to the Down East Family YMCA, PO Box 25, Ellsworth, ME 04605.

Receive notifications about information and event scheduling for Paul

We encourage you to share your most beloved memories of Paul here, so that the family and other loved ones can always see it. You can upload cherished photographs, or share your favorite stories, and can even comment on those shared by others. 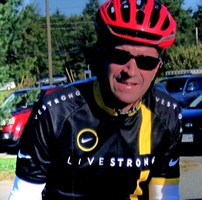