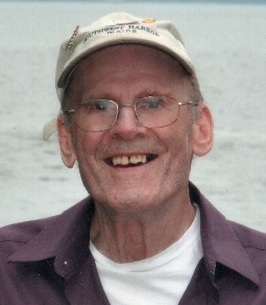 Flag
Southwest Harbor
Norman Carroll Leach, 87, died April 16, 2021 in Bangor. He was born in Orland, June 26, 1933 the son of William Edgar and Doris Jenny (Ayer) Leach, Sr.
He graduated from Bucksport High School, class of 1952. He was drafted into the U.S. Army in 1953 and served in Germany until 1955. Norman married Alice Rieger of CT. in 1961 and settled in E. Windsor, CT. where they had two daughters. He retired from U.T.C. in 1995. In 1996 he sold his house and moved to Southwest Harbor. He joined the American Legion and was a Mason for 60 years.
He enjoyed making model ships, playing Bingo at the Riverview Apartments, and making pies and crockpot meals for the Bingo crowd.
Norman is survived by his daughter, Deborah Rabus and husband John; granddaughter, Kayla; grandson, Johnny Rabus all of VA.; sister, Brenda Richards of Bangor; and cousins. Norman’s lifelong friends are Barbara and Arthur MacPike of Bar Harbor and Carroll and Hazel Lunt of Bass Harbor.
Norman is predeceased by his brothers, William Jr. and Donald and his aunts and uncles.
A graveside service will be on May 20th, 2021 at 1pm at Oak Grove Cemetery, Orland.
Arrangements by Jordan-Fernald, 1139 Main St. Mount Desert
Condolences may be expressed at www.jordanfernald.com