To share your memory on the wall of Marc Calcia, sign in using one of the following options:

Provide comfort for the family of Marc Calcia with a meaningful gesture of sympathy.

Marc was above all else, loved. His efforts to connect, and maintain those connections, with people in and around his life, defined who he was, and what he was about. He was a military veteran and had a keen interest in the interpretation of law. His employment ventures were wide in scope and encompassed many areas of expertise. Much of his time was spent organizing life-skill activities with his children such as lobster fishing, maple harvesting, basic mechanical repair, hay baling, and good old-fashioned work ethic. Like his parents, he was a naturally talented artist, leaning toward sketch and watercolor pieces, among other mediums. He was generous with his abilities, often helping others with no expectations in return. He prided himself on the premise that no toes go cold, and no stomach know hunger. Even if you were a friend that he had just made that day, you would be sure to have your fill at his dinner table. A master-storyteller, he would weave larger than life tales that we all knew to be completely true and accurate accounts of his adventures. For a hard-working and busy man, he was never in short supply of time to sit with someone and exchange ideas, interests, and pleasantries. Marc was a very active member of Gun Owners of Maine (GOME). Marc was not only a brother in Arms and a Warrior at heart. He knew how to protect his family. The world has lost one of its most fascinating souls, and those who knew him best will treasure the memory of his time passing through. Some special people who will miss his folktales and antics are his mother-in-law Judy High of Sorrento, Billy Bob Faulkingham, Raymond Brouillette, Brian Drury, Dave Koziol, Tina Gott, Moe Marden, David & Terry McLaughlin, Derrick Wooster, Jackie Rogers and her children, and many others too numerous to mention.

On July 21, 2007 he married Pam (High) Calcia and resided lovingly with her at the time of his death. He was the father of 6 children: Angelina Calcia of Fairfield, ME, Christopher Calcia of Penobscot County, ME; Joshua (Calcia) Magaw of Dover, NH, Brandyn Calcia , Sagieo and Sophia Calcia of Sorrento, ME; He is also survived by his mother, Jeannne; 3 sisters Laura Williams, Kimberley Reding & Robyn Mullins, all of Princeton, MA and 1 brother James Calcia of Gardner, MA, ; one aunt: Peggy Charette of Holden, MA. Marc was a grandfather to 2 girls, and 5 boys (with a 6th grandson due in January), in addition to which, he had 14 nephews and 11 nieces. He is predeceased by his father, paternal grandparents Ernest & Ruth Calcia, and his maternal grandmother Eva Bennett, all of whom we pray he has joined in the peace of heaven.
A graveside service will be held 11:00 am, Sat., October 12, 2019 at Simpson Cemetery, Sullivan, ME. A reception will follow at the Sullivan Recreation Center.

Those who desire may make contributions in Marc’s memory to a fund for his children’s care and education, c/o Pamela Calcia, 84 Fuller Road, Sorrento, 04677.

We encourage you to share your most beloved memories of Marc here, so that the family and other loved ones can always see it. You can upload cherished photographs, or share your favorite stories, and can even comment on those shared by others. 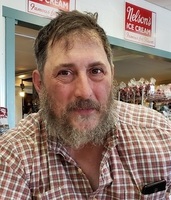 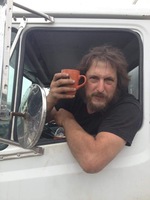 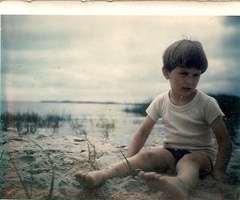