To share your memory on the wall of Lucille Clarke, sign in using one of the following options:

Provide comfort for the family of Lucille Clarke with a meaningful gesture of sympathy.

We encourage you to share your most beloved memories of Lucille here, so that the family and other loved ones can always see it. You can upload cherished photographs, or share your favorite stories, and can even comment on those shared by others.

Posted Nov 19, 2019 at 07:15pm
Lucille was one of the kindest people I have had the pleasure of knowing. She was always willing to go out of her way to help others. She especially went out of her way to help my family. She was my mothers best friend and the one person that she had to confide in. She was the perfect example of how God expected us to live our lives. God bless you Lucille.
Comment Share
Share via: 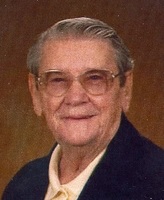