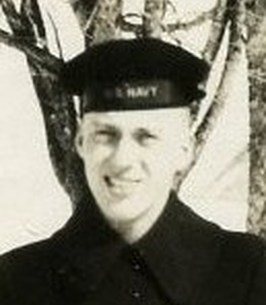 Share this tribute
Memorial Candles Lit for Leslie | SEE ALL
Light a Candle
"We are honored to provide this Book of Memories to the family."
— Jordan-Fernald Funeral Homes
Funeral Details Memory Wall Photos & Videos Send Flowers

Print
Franklin -- Leslie Alfred Clark, 93, lifelong resident of Franklin, passed away on October 31, 2018 at home after a long and productive life. He was born April 29, 1925 in Franklin, the son of Clyde R. and Hattie V. (Harriman) Clark.

One of the “Greatest Generation”, Les served in the U.S. Navy in WWII from December 1943 to December 1945 aboard the USS MacKenzie in the Mediterranean.

In 1953, he married Sylvia (Bunny) Nickerson and they raised their family on the Hog Bay Road. Les was a craftsman, working at carpentry and as a maintenance man at the College of the Atlantic for over 20 years. He had a passion for model aviation, from a young age, building many fine models throughout his life. Later in life, Les was a voracious reader, quickly finishing a book on his favorite subjects of anything military, history or aviation.

Predeceased by his wife, Bunny in 1995, Leslie is survived by 2 sons, Timothy and wife, Lynne of Blue Hill, and Kenneth of Franklin; 3 grandsons, Kyle Clark of Eastbrook, Ethan and Evan Clark of San Antonio, Texas; sister, Roseanna Starks of South China, Maine; and many nieces and nephews.

Visiting hours will be held Thursday, November 8, 2018 from 6pm to 8pm at Jordan - Fernald Funeral Home in Ellsworth, Maine. Graveside services will be held Friday, November 9, 2018 at 10:30am at Bayview Cemetery, Franklin, Maine.

The family wishes to extend their thanks to Loving Care and VNA Home Health Hospice for their help in caring for Les.

We encourage you to share any memorable photos or stories about Leslie. All tributes placed on and purchased through this memorial website will remain on in perpetuity for future generations.

BN
We are thankful that we had a chance to visit with Leslie when we visited Maine this past August. My visits to the family up there are infrequent, and when Diane suggested we stop by to see Leslie, we were delighted. My mother, Claudia Scammon Nibeck, had many fond memories and stories. I have a special picture of us all, and treasure the memory! Betsy
Betsy Nibeck - Friday November 23, 2018 via Condolence Message
Share This:

GF
Deepest sympathies to all of you. We had some great times on Little Webb. When I hear his name my first thought is the 'Caveman' picture from one of the pond parties.
Gail Ciccone Frohlich - Friday November 02, 2018 via Condolence Message
Share This:
1
Page 1 of 1
Share
×