To share your memory on the wall of Keith Snow, sign in using one of the following options:

Provide comfort for the family of Keith Snow with a meaningful gesture of sympathy.

Print
Brooksville/Salem Township -- Keith H. Snow died peacefully surrounded by family on his 94th birthday at the home of his daughter Lucy and her husband John. He was born January 11, 1925, in Brooksville son of Horace E and Mary G. Snow.

Brooksville/Salem Township -- Keith H. Snow died peacefully surrounded by family on his 94th birthday at the home of his daughter Lucy and her husband John. He was born January 11, 1925, in Brooksville son of Horace E and Mary G. Snow.

After graduating from Brooksville High School in 1942, he joined the U.S. Army Air Corps and served for 4 years during WWII. He and Rachel were married in 1944 and had been married for more than 74 years. They lived in Brooksville where he mainly worked as a carpenter. He enjoyed hunting and spending time with family. His greatest joy was being grandfather and uncle to many.

Keith is survived by his loving wife, Rachel; daughter Shirley Estabrook of Bristol; Steve Snow and his wife Cathy of Blue Hill, Hal and his wife Andrea of Brooksville, and daughter Lucy Vachon and her husband John of Salem Township. He is also survived by 11 grandchildren, 21 great grandchildren and 1 great-great grandchild; sister Nellie Barter and her husband James of East Boothbay and sister-in-law Marie Snow; and many nieces and nephews. He was predeceased by his parents, Horace E. and Mary G. Snow; sister, Nadine Snow and brother Kennard Snow.

There will be no service at this time but condolences may be expressed at www.jordanfernald.com Gifts in his memory may be sent to the Brooksville Free Public Library, 1 Town House Road, Brooksville, Maine 04617 or to Wounded Warriors Project, P O Box 758517, Topeka, Kansas 66675.
Read Less

We encourage you to share your most beloved memories of Keith here, so that the family and other loved ones can always see it. You can upload cherished photographs, or share your favorite stories, and can even comment on those shared by others.

Posted Jan 21, 2019 at 03:40pm
Condolences to Hal and Andrea and all your extended family. It was wonderful to see him receive his quilt of valor for his service. Our thoughts and prayers for all.
Comment Share
Share via:
Posted Jan 18, 2019 at 01:08pm
Hal, Andrea and all the Snow family. So sorry to hear about Keith. He was such a dear man. Our love to all of you at this time.
Carol and Phil Neal
Comment Share
Share via:
C

Posted Jan 18, 2019 at 09:01am
hello rachael and family.hope you are holding up ok. it s sure a tough thing. keith is a good fellow and will miss him. charlie
Comment Share
Share via:
KC

Posted Jan 17, 2019 at 10:06am
Hal and Family,
So sorry to hear about Keith's passing. Hope all the great memories you have of him will dull the pain of this loss. 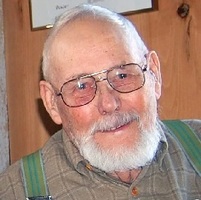