To share your memory on the wall of Kathleen Malaney, sign in using one of the following options:

Print
Kathleen Marie (Kearney) (Kaplan) Malaney , RN-C, passed away on May 14, 2020 at Birch Bay Village in Bar Harbor, ME, of complications from Alzheimer's disease. Her devoted husband Bob was by her side. She was 83.

Spirited, opinionated, ... Read More
Kathleen Marie (Kearney) (Kaplan) Malaney , RN-C, passed away on May 14, 2020 at Birch Bay Village in Bar Harbor, ME, of complications from Alzheimer's disease. Her devoted husband Bob was by her side. She was 83.

Spirited, opinionated, with a beautiful smile and sparkling blue eyes, Kathleen was born on May 10, 1937 in Swampscott, MA, the youngest of four children of Irish immigrants, Julia (O'Brien) and Michael Bernard Kearney. She grew up in Swampscott, attending St. John's Parochial School and graduating from Swampscott High School in 1955. She was determined to go to nursing school and overcame the objections of her mother only by saying she would pay for it herself. She worked to earn enough money for tuition, and graduated from the Salem Hospital School of Nursing in 1957.

In 1957, a nursing school classmate introduced Kathleen to William B. Volmer, from Salem, MA. They were married in 1960 and settled in Auburn, ME, where they had three daughters. During these years, Kathleen worked at St. Mary's Hospital and Central Maine General in Lewiston. That marriage ended in divorce. In 1975 Kathleen married Abraham Kaplan, a thoracic surgeon she had met while working as a scrub nurse in the O.R. She and Abe lived a peripatetic life, moving to Pennsylvania and Missouri before ultimately returning to Maine.

Wherever they were living, Kathleen continued to work and develop her professional identity. She had a genuine calling to be a nurse, and her career in many ways defined her life and sense of self. She worked almost continually from 1957 until her retirement in 2007, and in every job she rose to positions of responsibility and leadership, thanks to her vision and drive.

Her focus, in the early 1980s, turned to geriatric medicine and community health initiatives, and these twin interests would drive the rest of her career. She routinely threw herself into projects that would advance the health outcomes of her community. After arriving in Mt. Vernon, MO, in 1981, she spearheaded the reorganization of the defunct Lawrence County unit of the American Cancer Society, and in 1983, as president of the unit, she accepted an award from the state for her team's achievements.

After several years working for the Visiting Nurses Association in both MO and PA, in the late 1980s Kathleen became the founding coordinator of the swing-bed program and director of community outreach education at Maine Coast Memorial Hospital, in Ellsworth, ME. From this position, she made a direct and lasting impact on elder care strategies in Downeast Maine, becoming a nationally recognized pioneer in the field of geriatric advocacy.

One of her signal accomplishments was being a founding member of the committee that launched the first Bar Harbor Geriatrics Conference in 1990, working with colleagues at the Acadia Health Education Coalition and the Eastern Agency on Aging. The conference celebrates its thirtieth anniversary this year, and Kathleen's role as a co-founder is part of its history.

After her second husband's death in 1994, Kathleen took a position as the Director of the Division on Aging at the College of Osteopathic Medicine at the University of New England-Biddeford, followed by stints at North Country Associates/Strategic Healthcare Solutions and as Director of Nursing at Island Nursing Home in Deer Isle, ME. In 2000 she was recruited to be the Director of Care-Management and Swing-Bed Coordinator at Mt. Desert Island Hospital, in Bar Harbor, ME. Her expertise, especially in developing innovative programs for small hospitals, was sought after. In 2004, she was appointed to a national advisory committee on small, rural hospitals established by the Federal Office of Rural Health Policy; she was the only clinician asked to join the committee of policy experts and hospital administrators. Her final professional role, before her retirement in 2007, was as Interim Director of Birch Bay Village.

In 2005, during her tenure at MDI Hospital, Kathleen met Cmd. Robert E. Malaney, USN (ret.) of Bar Harbor, ME, a volunteer at the hospital. They were married in 2006 and enjoyed several happy years together spent traveling, gardening, going to the movies and to the opera, visiting with children and grandchildren, and socializing with friends, before the swift advancement of her final illness in 2016.

Kathleen possessed a readiness to laugh and have fun, a quality her granddaughters especially enjoyed. She inherited the family appreciation of music and the family gifts for baking and gardening. Every home in every state featured a gorgeous perennial garden. She was, as a friend once said, a "Renaissance woman," and in her work and life, she was an agitator in the best sense of the word. Kathleen made and nourished lifelong friendships, and was always there to assist family members and friends in times of need.

Receive notifications about information and event scheduling for Kathleen

We encourage you to share your most beloved memories of Kathleen here, so that the family and other loved ones can always see it. You can upload cherished photographs, or share your favorite stories, and can even comment on those shared by others.

Plant a Tree in Memory of Kathleen
Plant a tree 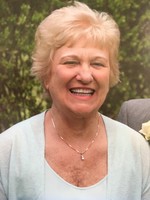 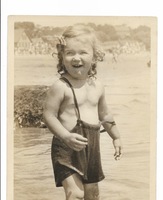 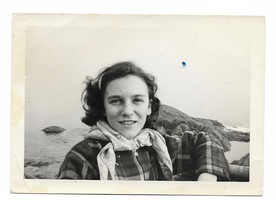