To share your memory on the wall of Joseph Grimaldi, sign in using one of the following options:

Print
Joseph A. Grimaldi of Surry, Maine, died peacefully on the morning of October 20, 2019. He was born in Brighton, Massachusetts on March 3rd, 1924, to Luigi Grimaldi and Caroline (Evangelista) Grimaldi.

Joe grew up in Boston during the ... Read More
Joseph A. Grimaldi of Surry, Maine, died peacefully on the morning of October 20, 2019. He was born in Brighton, Massachusetts on March 3rd, 1924, to Luigi Grimaldi and Caroline (Evangelista) Grimaldi.

Joe grew up in Boston during the Great Depression, the 5th of ten children (infant Josephine, not to be forgotten). He served in Germany during WWII, with the 78th Division, earning a Bronze Star. He captured the events of his war experiences in a book he published in 2012 entitled A Visit to Hell 1944-1945. After the war, he met and married Mary DeAmbrose, (his Irish Rose) of Waltham, Massachusetts. They wed in Boston on June 25, 1949. Together, he and his wife had 3 children; Carol A Hoffses, John A Grimaldi, and Janice M. Grimaldi and later had 4 grandchildren and 3 great grandchildren.

Attending Northeastern University from 1950 to 1955, Joe earned a degree in civil engineering. He worked for Exxon in Boston until retiring to Surry in 1979. Joe was a natural born artist, creating many beautiful oil paintings. He loved playing the organ and started a local music group on Newbury Neck called The Neckelodians. The group hosted many musical parties and performed at several nursing homes in the area. Joe was a skilled poker player with his Wednesday card group. A member of the group once said of his winnings, "Joe, you can't take it with you!" He quickly responded, "If I can't take it with me, I ain't going."

Joe organized an investment club with his neighbors and stayed active trading stocks until his "last breath" with the help of his caregivers. He will be remembered for his incredible memory, quick wit and ability to connect with people... to the very end. His wife Mary departed this world March 11, 2014. He now stands by her side once again. We all love you both.

The family would like to thank Beacon Hospice and Joe's caregivers for their exceptional care during the past few months.

Friends are invited to a graveside service November 9th at 1:00 at the Morgan Bay Cemetery, Cross Road, Surry.
Those wishing to remember Joe in a special way may buy themselves a share of Exxon stock and vote Republican.

Receive notifications about information and event scheduling for Joseph

We encourage you to share your most beloved memories of Joseph here, so that the family and other loved ones can always see it. You can upload cherished photographs, or share your favorite stories, and can even comment on those shared by others.

Posted Oct 30, 2019 at 08:37pm
Hello Johnny and Joe's family. I'm sure this is the correct site because the resemblance between father and son in this photo is so striking. I was pleased to share our music memories in recent visits and am sorry that I won't be in Maine for your November commemoration. Have been searching through Neckalodeon events and hope you will approve of the photos of Mom and Dad and drummer Joe. Peace and love to you all.....Gail
Comment Share
Share via:
J

Posted Oct 21, 2019 at 04:03pm
At this sorrowful period in your life, please accept my sincerest condolences for the death of your loved one.  Reflecting on the divine promises found in the Bible will give you hope and strength to keep going until all of God's promises are fulfilled. (Romans 15:13; John 5:28, 29). 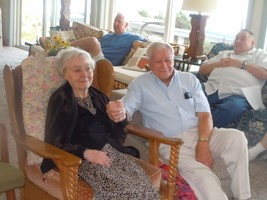 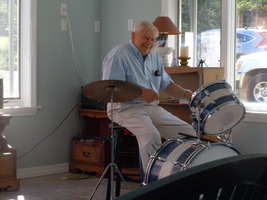 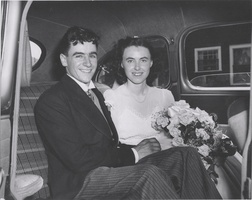