To share your memory on the wall of Joseph Young, sign in using one of the following options:

Provide comfort for the family of Joseph Young with a meaningful gesture of sympathy.

Due to a childhood bout with polio, he was unable to serve in the armed forces during WWII. Consequently, he directed his war-time efforts to shipbuilding with his father, in South Portland, Maine.

For much of Joe' s life, he worked as an insurance adjuster. First, he worked for GAB, General Adjustment Bureau, for 22 years. Joe then started his own business, Down East Adjusters and Appraisers, based in Ellsworth and continued to adjust insurance until his retirement at the age of 86. It's likely that if you had any kind of insurance loss in eastern Maine, Joe was the man that adjusted your loss. His line of work provided him the opportunity to know many people in eastern Maine, as well as all the great coffee shops along the way. He was widely known for his wonderful sense of humor and reaching out to help those who had suffered losses that he was adjusting.

Growing up and loving Lamoine was an experience that Joe often spoke about to his large family. Digging clams, watching ships being loaded at the dock, or hanging out with his friend, Howard Haslam, Joe enjoyed relating his Lamoine days. Joe enjoyed simple things: family cookouts, buying a new tool, going dancing, and going on trips with friends, Alice and Carroll, or his favorite, mowing the lawn.

Joe was loved by many and friends to all who came across his path. He could light up a room with a simple smile and hello. Special thanks to Hospice of Hancock County, and the physical and occupational therapists that provided home care during his final years.

Please join us in celebrating Joseph Young, Sr.'s life on Saturday, January 25, 2020, at 1:00 PM, in the fellowship hall at Maine Baptist Church, 867 Bangor Road, Ellsworth. Please come and share a happy memory of Joe with us. In lieu of flowers, donations may be made to the Lamoine Volunteer Fire Department, 606 Douglas Hwy. Lamoine, Maine 04605.

We encourage you to share your most beloved memories of Joseph here, so that the family and other loved ones can always see it. You can upload cherished photographs, or share your favorite stories, and can even comment on those shared by others.

Posted Jan 21, 2020 at 10:51am
I first met Joe and Joanne when working at GAB as a young insurance adjuster.
Joe always showed great empathy for the victims of losses and had a very laid back demeanor. He taught me the other side of the adjusting business.
Both of you were so kind and generous with your time and I always enjoyed visiting and watching the progress on the old farmhouse on the hill.
Joanne, you have my deepest sympathy for your loss, but what a great run you two have had.
Best wishes for you and your family as you move forward.
Love, Roger and Pearl Barto.
Comment Share
Share via:

Posted Jan 09, 2020 at 09:24am
So very sorry for the loss of your husband, father, grandfather. Our condolences to the entire Young and Hardison families.
Comment Share
Share via:
PB

Posted Dec 31, 2019 at 09:28am
My sympathies to Mrs Young, Peter, and the family. May your memories bring you comfort in the days to come.
Comment Share
Share via: 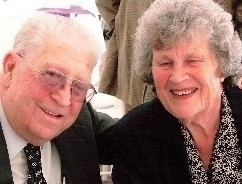 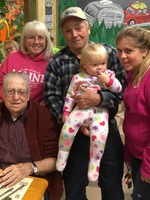