To share your memory on the wall of Joan Anderson, sign in using one of the following options:

Provide comfort for the family of Joan Anderson with a meaningful gesture of sympathy.

She attended McKinley and Pershing Schools in Amherst and graduated from Ellsworth High School class of 1965. Joan attended Northeastern University and graduated with honors at University of Maine, Orono receiving her Master’s degree in Social Work. She was a nursing home administrator and worked long hours helping people in crisis, and advocating for the elderly. Her faith journey was varied. She was comfortable in Protestant, Catholic and Native American religious cultures. Joan was interested in genealogy,which led her to be an active member of the Daughters of American Revolution. She was a Rainbow Girl, a page at the State House in Augusta and a board member of the Eastern Maine Area on Aging.

Joan loved to travel and study local cultures. She did mission work in Mexico and was a member of an international walking group, hiking with them in many European countries.

Contributions in Joan’s memory may be made to the Ellsworth Public Library, 20 State St. Ellsworth

We encourage you to share your most beloved memories of Joan here, so that the family and other loved ones can always see it. You can upload cherished photographs, or share your favorite stories, and can even comment on those shared by others.

Posted Feb 26, 2019 at 03:51pm
I am so sorry to hear of Joan’s passing. I have not seen her in many years and used to work with her. My sincere best wishes to her family. Michelina Frey
Comment Share
Share via:
BW

Posted Feb 20, 2019 at 08:45pm
Anderson Family, we were saddened to read about Joan’s passing. May the many fond memories of her sustain you during this most difficult time. We pray that you find comfort in our Creator’s words, in which he promises to soon reunite us with our beloved ones in a perfect world, where the causes of pain and sorrow will be a thing of the past. How exciting it will be to see her again doing all things she loved. (Isa 25:8; Rev. 21:4) Our sincerest condolences.
Comment Share
Share via:
NF 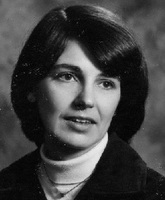