To share your memory on the wall of Jane Lord, sign in using one of the following options:

Print
Surry
Jane May Lord passed away after a brief illness on February 6, 2020. She was born in Charleston, West Virginia on July 23rd, 1937 to O.E. “Sike” and Myrtle May.

Jane grew up on her grandparent’s farm on Coal River in S... Read More
Surry
Jane May Lord passed away after a brief illness on February 6, 2020. She was born in Charleston, West Virginia on July 23rd, 1937 to O.E. “Sike” and Myrtle May.

Jane grew up on her grandparent’s farm on Coal River in St. Albans, West Virginia. She cherished her memories of life on the farm, swimming in the river and being surrounded by her large extended family.

Jane was voted the most popular girl and the most winning smile in the class of 1955 at St. Albans High School. After high school, she worked for Bell Atlantic phone company. In the fall of ’55, Jane’s sister told her a nice-looking young man from Maine was visiting his sister who lived next door. Jane and her husband of 62 years, Jerry Lord, had their first date that afternoon, attending a high school football game and their second that evening, going to a movie in Charleston. Jerry returned home to Maine and soon packed up his ’49 Ford and moved to St. Albans to be with the love of his life. They were married in ’57 and moved to Ellsworth in ’59.

For almost 40 years, Jane taught children at Surry School and was unofficially crowned “Queen of Surry School.” She touched the lives of hundreds of children, sharing her love, hugs, and smiles freely. She retired in 2011 and up to the time of her passing, continued to visit the school weekly to read to “her kids,” coming home after each visit talking about the many hugs she received.

Jane loved kayaking, swimming and boating on the bay with Jerry. She was very active in the community, serving on the Surry Planning Board and the Board of Selectmen. She was a founding member of the Surry Historical Society and served as President for many years. She was a member of the Surry Community Improvement Association, Surry Garden Club, East Surry Rural Hall Association, and served as Chairman of the House Committee at the Black House for several years.

Jane was a devoted wife, a selfless mother and a loving grandmother. She was pre-deceased by her parents and her sister Gail May King. She is survived by her husband, Gerald “Jerry” Lord; her daughter Joan Lord Kearns and husband Jim Kearns of Ellsworth; her daughter Julie Lord and husband Tim Crowley of Blue Hill; her sister Angela Sellers and husband Cam Sellers of Manteo, NC; granddaughter Allie McKowen; step-grandchildren Thea and Eliza Crowley and Andrew, Ryan and Patrick McKowen; special cousins Susan Varney of Nashville, TN and Debbie Sutton of St. Albans, WV; nephew Andrew King of Cross Lanes, WV; and many friends including her dearest friends, Linda Conley and Elizabeth Ehrlenbach.

In lieu of flowers, the family requests donations be made to Shriners Hospitals for Children, 51 Blossom St. Boston, MA 02114.

All are welcome to attend a service 3pm, Tuesday, February 11, 2020 at Jordan-Fernald, 113 Franklin Street., Ellsworth. Condolences may be expressed at jordanfernald.com.

Receive notifications about information and event scheduling for Jane

We encourage you to share your most beloved memories of Jane here, so that the family and other loved ones can always see it. You can upload cherished photographs, or share your favorite stories, and can even comment on those shared by others.

Posted Feb 14, 2020 at 04:58pm
We were shocked and saddened to read today of Jane's passing. If I had to put a face on our town, it would be hers. As a parent and school board member long ago, I feel like I went through a lot with her. I will always remember her counsel for times of conflict: "Come and let us reason together." Thank you, Jane.
Comment Share
Share via:

Posted Feb 13, 2020 at 02:28pm
It was my first teaching job: the Claude L. Bonsey School in Surry. That was when I got the privilege to meet and know Jane Lord.
I would tell my friends that she was the closest thing to a "Southern Belle" that I knew! She just had such charm. And she was a beautiful woman, not just physically, but also "heartwise" (I don't think that is a real word, but I'm going with it). She cared about
everyone at the Bonsey School: students, teachers, teacher aides, custodians, cafeteria workers.....and they cared about her. It was honor to get to teach her younger daughter, Julie. Jane was a wonderful mom to her daughters, a wonderful role model of what it is to be a mother. They were lucky to have her. At Halloween my wife and I would always bring our two daughters over to the Lords for candy; they were always taken by her beauty and charm. I have fond memories of Jane from my Bonsey School days. I was so lucky to know her.
Comment Share
Share via:

Thank you for this, Mr. Libby. It is so nice to read people's memories of Mom. She truly was a special person who touched the lives of so many. We miss her dearly but feel very fortunate for the time we had together.
HS

Loving Lilies & Roses Bouquet was purchased and planted a memorial tree for the family of Jane Lord. Send Flowers

Posted Feb 09, 2020 at 12:00pm
Jane lit up every room she ever entered. So sorry for her loved ones’ loss.
Sherri and Dick Davis
Comment Share
Share via:

Thank you, Sherri and Dick. We're grateful for your thoughts. 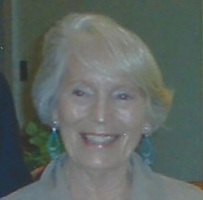 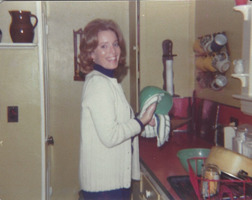 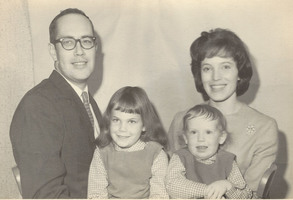