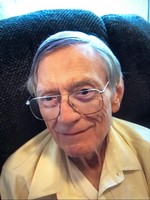 His early years were spent in Hinsdale, Illinois. He graduated from Asheville School, Duke University, and the University of Michigan Graduate School of Business. He served in the Army in Vietnam. Jim became a vice president at Merrill Lynch in international investment banking. An enthusiastic golfer, Jim was a member of The Causeway Club and The Northeast Harbor Golf Club, as well as The Moorings Yacht and Country Club in Vero Beach, Florida. Jim was happy to return to his beloved Mt. Desert Island. Jim had a wonderful sense of humor and he really enjoyed the community.

Jim is survived by his wife of 54 years, Sally Anne Kellogg of New York, and by several nieces and nephews.

A graveside service will be held Saturday June 27, 2020, 3:00 pm at Brookside Cemetery, Mt. Desert with the Rev. Stephen Muncie officiating. Contributions in Jim’s memory may be made to Camp Beech Cliff, PO Box 381, Mt. Desert ME 04660. Arrangements are under the care of Jordan-Fernald Funeral, 1139 Main Street, Mt. Desert. Condolences may be expressed at www.jordanfernald.com.