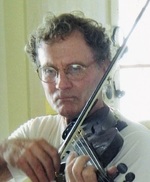 Edward (Ted) Pierce Wells, II died unexpectedly in Southwest Harbor August 13, 2019. He was born in Boston, MA, March 8, 1947 the son of Heber and Phyllis (Burke) Wells.
Ted attended Holderness School in NH. He graduated from Colby College with a Bachelor’s degree, University of New Hampshire with a Master’s degree and University of Maine with a Master’s degree. Ted worked at Bass Harbor Marine and was a surveyor.
He was a violinist for Acadia Community Theatre, College of the Atlantic, UMO orchestra, The Grand, Winter Harbor Music Festival and TEMPO. He volunteered for the Peace Corp after college and again in his 60’s. He mostly recently volunteered for Doctors without Borders in Republic of the Congo, South Sudan and Central African Republic.
He is survived by his daughter, Erica Leighton and (Mark); grandsons, Davis and Nathan; sister, Sarah Hill of Allentown, PA. and longtime friend, Stephanie Wagner. He was predeceased by his parents.
A celebration of life will be held 2:00 pm, October 6, 2019 at Jesup Memorial Library, Bar Harbor.
Contributions in Ted’s memory may be made to the barharbormusicfestival.org
Arrangements by Jordan-Fernald, 113 Franklin St. Ellsworth
Condolences may be expressed at www.jordanfernald.com