To share your memory on the wall of Edward Wells, sign in using one of the following options:

Posted Aug 28, 2019 at 11:19am
Ted and I were teammates on the Colby College Hockey team for 4 years from 1966-70. During our hockey careers together I remember him as a very dedicated and loyal team member. As a defenseman, he didn't have many opportunities to score but I remember one night against our arch rivals, Bowdoin, Ted notched the first goal of his college career and it was a game-tying goal. It was the first time I saw such emotion on his face. The team gave him his hockey nickname of "Fiery" Ted. We will be having our 50th hockey team reunion next year and we will toast you with a beer in your honour--like the old days.
I have attached a team hockey photo from 1966 with Ted (2nd left) for his family's memories.
Andy Hayashi
Colby Class 1970 and Hockey Teammate
Comment Share
Share via:
SH

Your comments Andy about Teddy’s love of Hockey brought back my memories of him. We went steady in 8th and 9th grade. My first true love🥰 Our big date on weekends was my being taken to his hockey games by his parents or his older sister. He loved the game so much and played very well. His biggest thrill was one of the best senior players often complemented him and would pass the puck to him regularly. He would come off the ice in all his gear and give me a quick peck on the cheek when no one was looking. At the end of ninth grade his father made him break up with me and he was sent away to private school. Over the years we would meet up again and kept in touch. He came to visit me before his last trip back to the Sudan. He was a quiet kind man who lead a meaningful life spending his time helping others in Africa. I am heartbroken. 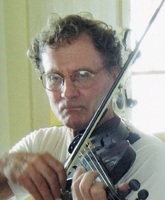