Obituary for David B. Benson 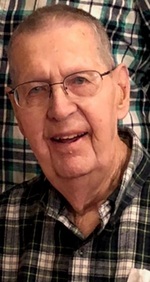 David attend Grammer school in the Seawall one-room schoolhouse containing eight grade levels. He graduated from Pemetic High School in Southwest Harbor and attend Aurora University in Aurora, Illinois. He served in the U.S. Army Paratroops during the Korean War. He was also involved in a number of small business enterprises and enjoyed them all. Among these was a soft serve ice cream business, commercial laundry, lobster trap mill, auto dealership, seafood restaurant (Lobsterland) and garage repair shop. David built a number of family homes, The Southwest Harbor Motor Inn Motel and the Southwest Shoppes Shopping Center.

David was a member of St. John’s Episcopal Church, Southwest Harbor, Past Master of the Tremont Masonic Lodge #77, Anah Temple Shrine and a 30 year member of The First National Bank Board of Directors where he served the last 5 years as chairman. David served 4 terms in the Maine Legislature with the last 4 years as the Republican Floor Leader. He worked 17 years with the legislature as a lobbyist for a number of organizations. He was a past member and a chairman of the board at MDI Hospital and a member of the original board of the College of the Atlantic.

Arrangements by Jordan-Fernald, 113 Main St., Mt. Desert. Condolences may be expressed at www.jordanfernald.com