To share your memory on the wall of Clara Wedge, sign in using one of the following options:

Clara grew up in Northeast Harbor and attended school there. At the age of 15,... Read More
Clara Francis Wedge, 85, died December 7, 2018 in Ellsworth. She was born December 24, 1932 in Bar Harbor, the daughter of John and Beatrice (Kelly) Pervear.

Clara grew up in Northeast Harbor and attended school there. At the age of 15,
(which she would jokingly remind us, she didn’t have to) married Karl Wedge and moved to Cranberry Island, to become the wife of a fisherman, to whom she was married to for 55 years, until Karl’s death. Cranberry Island became her beloved home where she surrounded herself with her children and friends, which she dearly loved. Clara always had a coffee pot on and an open table to share with her friends. She was a friend to all, kind, compassionate, and always ready to put others first. She truly loved her husband, children, grandchildren, great grandchildren and even a great-great grandchild. She was overjoyed to be spending time with them.

Clara was a simple woman and enjoyed the simple things of life like her well-loved dogs and many other animals and her intense love of music. She could be found daily having coffee with her friends, picking crabmeat, walking to the mail and cooking meals for the family, which always had enough room for one more!

As life would have it, Clara would see many trials, such as the loss of her son, but she got through by clinging to her faith. She was a member of Cranberry Isles Congregational Church.

She was predeceased by her husband of 55 years, Karl Wedge and a son, Keith Wedge.

Receive notifications about information and event scheduling for Clara

We encourage you to share your most beloved memories of Clara here, so that the family and other loved ones can always see it. You can upload cherished photographs, or share your favorite stories, and can even comment on those shared by others.

Plant a Tree in Memory of Clara
Plant a tree 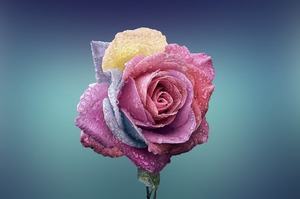