To share your memory on the wall of Charles Morrill, sign in using one of the following options:

Provide comfort for the family of Charles Morrill with a meaningful gesture of sympathy.

Maine was a second home to him as his fourth great-grandfather had built the family home in
Farmington Falls in 1810. He graduated from Bowdoin College in 1956, the same year he married
Charlotte Helen Riebel of West Hartford, Connecticut. On advice from his father-in-law, he entered
the electronic computer industry when most computer programmers knew of each other’s teams and many
simply knew each other.

A man who could understand and easily fix nearly any machine, the concept of computer-programmed,
and eventually computer-controlled machine tools fascinated Charles from the beginning. He spent a
lifetime in fields that later became computer aided manufacturing (CAM) and computer aided design
(CAD).
Charles joined IBM in 1964 and ultimately taught generations of programmers to think not so much of
their own brilliance but rather the poor person who would one day have to debug their code.
Charles delighted in tough problems and ultimately the tangled webs we weave. He was not without
faults. Good friends and family noted a lifelong addiction to puns, show tunes, George Gershwin,
and Lionel trains. He played the clarinet with the Boston Symphony at least once and, until the
very end of his life was reduced to tears by well-played music,
He was exceedingly liberal and loved his friends who were not. He died thinking the world would be
a better place if everyone would just read the manual and restart their computer at least once in a
while.

All are welcome to a service of remembrance for Morrill at the Southwest Harbor Public Library on
Sunday, March 15 at 2 pm.
In lieu of flowers, the family asks for contributions to the library, for which Charles worked as a
board member and volunteer for many years with love and dedication. 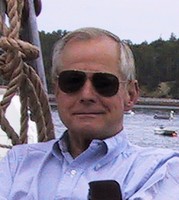