To share your memory on the wall of Calvin Weed, sign in using one of the following options:

Provide comfort for the family of Calvin Weed with a meaningful gesture of sympathy.

We encourage you to share your most beloved memories of Calvin here, so that the family and other loved ones can always see it. You can upload cherished photographs, or share your favorite stories, and can even comment on those shared by others.

Posted Nov 15, 2019 at 10:07am
My sincere condolences to Cal Weed's family on his passing. I am so glad to have known Cal Weed - only from my visits to the shop in Ellsworth. He was such a sewing machine enthusiast! Years ago my sister (an extraordinary seamstress/sewing expert) and my father (about Cal's age and a lover of the mechanics of sewing machines but never sewed a thing) visited me in Maine/Bar Harbor. You could never trust my dad and sister to go off together on a Saturday (in California) because they always came home with another sewing machine! On their visit to me, they thought my old Singer was not enough (I really do not sew much) so we all went to Ellsworth to Sew n Save. My Dad and Cal recognized their shared enthusiasm for sewing machines and gabbed up a bit. With sister's help and approval my Dad bought me a new beautiful modern machine from Cal. It sounds like a mundane story but having already known of Cal's gentle spirit and smart enthusiasm, seeing him and my Dad get so smiley about it all was really moving. I thank him for years there, his later years, but also for all the things I learned about him in the obituary. Bless his family; what a wonderful man of high integrity. I am so glad to have some stories and experiences with him at the store. Always friendly and helpful. With fond lighthearted memories, yours sincerely, Karen Svenson, Bar Harbor.
Comment Share
Share via:
C

Posted Oct 26, 2019 at 01:24pm
My deepest condolences to your entire family. I have such joy-filled memories of Cal and Ellen both playing golf at the White Birches and their loving interaction with BJ and Shayla. The kids would even try to sneak a ride around on the golf carts, while they’d be playing with Dick and Charlene. So much love! Sincerely, Cindy Bernstein and family
Comment Share
Share via:
HS

Posted Oct 23, 2019 at 01:18pm
I loved both your parents, Cal will be missed. My thoughts and prayers are with Cal on his new journey. My love to you all Dot Parkes & Frank Connors

Flowers were purchased for the family of Calvin Weed. Send Flowers

Posted Oct 19, 2019 at 08:51pm
My pleasure to meet, get to know, and to be his Pastor for the short time we had together. Certainly a wonderful person! Pastor Gerry
Comment Share
Share via:
J

Posted Oct 18, 2019 at 01:43pm
At this sorrowful period in your life, please accept my sincerest condolences for the death of your loved one.  Reflecting on the divine promises found in the Bible will give you hope and strength to keep going until all of God's promises are fulfilled. (Romans 15:13; John 5:28, 29). 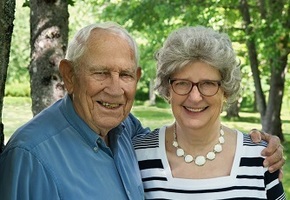