To share your memory on the wall of Barbara Rosenthal, sign in using one of the following options:

Provide comfort for the family of Barbara Rosenthal with a meaningful gesture of sympathy.

Receive notifications about information and event scheduling for Barbara

Posted Apr 05, 2020 at 11:44am
I enjoyed your mother at Penobscot Nursing Home. I would come in and play the piano with other members of the Bucksport United Methodist Church. She was kind, interesting and lovely and told me about all of the accomplishments of her daughters.
Sorry for your loss.
Comment Share
Share via: 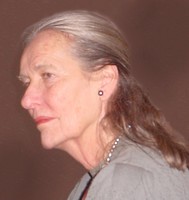