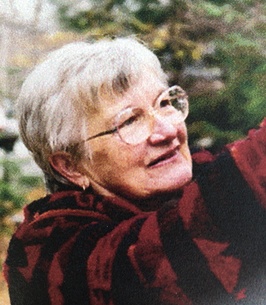 Share this tribute
Memorial Candles Lit for Barbara | SEE ALL
Light a Candle
"We are honored to provide this Book of Memories to the family."
— Jordan-Fernald Funeral Homes
Funeral Details Memory Wall Photos & Videos Send Flowers

Print
Bar Harbor -- Barbara Cleaves Cole, known as “Bobbie”, passed peacefully in her sleep on October 15, 2018 at the age of 90. Born February 12, 1928 in Charleston, South Carolina to Col. Haskell Hadley Cleaves and Geraldine Hamor Butterfield Cleaves, both of Bar Harbor, she traveled widely during her youth, due to her father’s military career. She graduated from Bar Harbor High School in 1945 and briefly attended Radcliffe College before transferring to the University of Kansas, from which she graduated.

She worked for a time at the Office of Strategic Services, predecessor to the C.I.A., before marrying Malcolm Guy Stewart of Bar Harbor. They had three children together. After that marriage ended in divorce, she later married Allen E. Cole, who had two daughters from a prior marriage.

After retirement, the couple moved to Bar Harbor, where Bobbie became involved in many activities. They both enjoyed tennis and were active in doubles and mixed doubles groups on the Island and in Ellsworth. She continued her involvement in Democratic politics, attending the Maine State Democratic Convention several times as a delegate, as well as working on several candidates’ campaigns.

In Bar Harbor, she volunteered for and served as president of the Village Improvement Association and on the vestry of St. Saviour’s Episcopal Church.

Her most enduring work and interest was in the Wild Gardens of Acadia at Sieur de Monts Springs, where she wielded hoe and shovel, as well as serving on its board and for terms as President and Treasurer. Even well into her 80’s, she continued her routine of collecting the public’s donations at the Garden’s entrances.

A memorial service will be held 3:00PM, Saturday, June 1, 2019 at St. Saviours Church, Bar Harbor. Interment will be at Ledgelawn Cemetery, Bar Harbor. Please express condolences through donations to the Wild Gardens of Acadia, at FriendsofAcadia.org or P.O. Box 45, Bar Harbor, Maine 04609.

We encourage you to share any memorable photos or stories about Barbara. All tributes placed on and purchased through this memorial website will remain on in perpetuity for future generations.