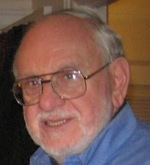 Arthur Fisher Kohrman, MD, 84, died peacefully, surrounded by his family in his Bernard home, on Sept. 19, 2019. He was born Dec. 19, 1934, in Cleveland, Ohio, the son of Benjamin M. Kohrman, MD, and Leah Fisher Kohrman Lieblich. After spending much of his childhood in Michigan City, Indiana and Chicago, where his love for the Chicago Cubs was born, he entered the University of Chicago at the age of 16, where he earned a Bachelor of Artsand Bachelor of Science. He also earned the love of Claire Hoffenberg, and celebrated their wedding in 1955. He then trained at the Western Reserve University School of Medicine in Cleveland, receiving his medical degree in 1959. After a tour of duty in the U.S. Air Force as chief of pediatrics for the American Air Force Base in Evreux, France, and two fellowships at Stanford University, he joined the pediatric faculty at Michigan State University in East Lansing, Mich., where he became the associate dean of the new College of Human Medicine. In 1981, he moved to the University of Chicago, joining the Pritzker School of Medicine as associate chair of pediatrics and president of the LaRabida Children’s Hospital for chronically ill children from underserved communities. For 10 years, he was also the head of the medical center’s Institutional Review Board (IRB), addressing important issues of medical ethics. He was later a professor at Northwestern University’s Feinberg School of Medicine and the Chicago Children’s Memorial Hospital and served both the Illinois and Chicago Departments of Public Health.
Arthur Kohrman is survived by his wife and lifelong partner of 67 years, Claire (Hoffenberg) Kohrman, daughter Deborah and husband, Paul Dion, son Benjamin and wife, Melissa Riba, daughter Ellen and husband, Mark Lancaster, and daughter Rachel and husband, Reinaldo Ramos. He is also survived by his eight grandchildren, whom he viewed as his most important legacy; Noah and Sarah Dion, Marie and Lilah Kohrman, Leah and Mack Lancaster and Eliza and Julia Ramos. He was predeceased by his parents and brother, David Kohrman (Michelle Dudro). Arthur Kohrman loved Mount Desert Island and worked to provide a place for his family to love and grow there for the last 36 years. In this last year here, as a permanent Maine resident, he was able to pursue his passions for classical and jazz music, photography, art, nature and literature with friends and family. He particularly reveled in looking back at slides of his worldwide travels and memories made with the many friends and loved ones who will miss him deeply. Many thanks to the exceptional faculty and staff of the Mount Desert Island Hospital who provided his care with dedication for the last year and supported his family throughout.
A memorial service will be held in Cleveland, Ohio, on Sunday, Oct. 27, 2019, at 1 p.m. at Temple Tifereth Israel. In lieu of flowers, please consider making a donation in Arthur Kohrman’s name to the MDI Hospital, PO Box 8, Bar Harbor, ME 04609 or the Multiple Sclerosis Society, Maine Chapter, 74 Gray Rd., Falmouth, ME 04105.
Arrangements by Jordan-Fernald, 1139 Main St., Mt. Desert. Condolences may be expressed at www.jordanfernald.com