To share your memory on the wall of Adam Emmett, sign in using one of the following options:

AJ grew up a happy and mischievous kid who could often be found at the pool and tennis court in the Mews, where his family lived in the North Hills of Pittsburgh. He was adored by all for his friendly demeanor and precociousness.

During High School A.J. become an avid mountain biker and skier. This was the beginning of a life-long love of outdoor sports and adventure.

Though he spent some time studying Psychology at Adelphi University and Northeastern, A.J. found that he was drawn to more earthly and physical pursuits

The summer after graduating from high school A.J. moved to Bar Harbor, Maine to live with his older brother. He worked for Acadia Bike & Kayak and at Acadia Outdoors. He spent many days biking on the carriage roads, sea kayaking along the coast, and learning how to climb with friends on the island’s many boulders and cliffs. That summer began A.J.’s life-long love of Mt. Desert Island / Acadia; a place which he considered his home.

After spending some time traveling and living briefly in Boulder, CO. near Seneca Rocks in West Virginia, in the Franconia Notch/White Mountain area of New Hampshire, in Winston-Salem, NC and in Joshua Tree, California, A.J. returned to Bar Harbor to live and work.

A.J. was a skilled carpenter who worked on many building projects with his good friend Dave Lavelle, for many of the Island’s construction companies, with his own Ace Remodeling Company, and most recently for the Nelson F. Goodwin Company, a building contractor on MDI.

A.J. was also a talented photographer, musician, and an enthusiastic record collector.

He was a beloved son, brother, and uncle.

A.J.’s family invites friends and co-workers to join them for a Celebration of Life that will take place from 5-7 pm on Thursday, April 18th at The Fogtown Brewing Company, 25 Pine Street Ellsworth, ME 04605. A.J.’s musician friends are encouraged to stay and play some songs during the open mic that follows.

Those who desire may make contributions in A.J.'s memory to the National Alliance on Mental Illness Maine and Friends of Acadia.

Donations are being accepted for:
FRIENDS OF ACADIA NAMI-MAINE INCORPORATED

We encourage you to share your most beloved memories of Adam here, so that the family and other loved ones can always see it. You can upload cherished photographs, or share your favorite stories, and can even comment on those shared by others.

Plant a Tree in Memory of Adam
Plant a tree 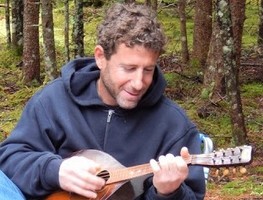