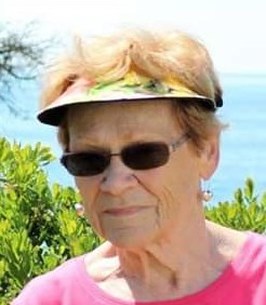 Share this tribute
Memorial Candles Lit for Irene | SEE ALL
Light a Candle
"We are honored to provide this Book of Memories to the family."
— Blue Hill
Funeral Details Memory Wall Photos & Videos Send Flowers

In May, 1956 she married Joseph Rachinski and they traveled together while Joe served in the US Air Force. In 1960 they moved to Blue Hill. She owned and operated her hair salon in her home for many years. After Joe’s retirement they enjoyed traveling once again and made two cross-country trips in their motor home. Irene was a member of St. Joseph Catholic Church, American Legion Post #85, and The Red Hat Society. Irene grew up around harness racing which she enjoyed with her father. She was also an avid gardener and knitter.

Contributions in Irene’s memory may be made to the charity of one’s choice or Blue Hill American Legion Building Fund, P O Box 531, Blue Hill 04614

We encourage you to share any memorable photos or stories about Irene. All tributes placed on and purchased through this memorial website will remain on in perpetuity for future generations.